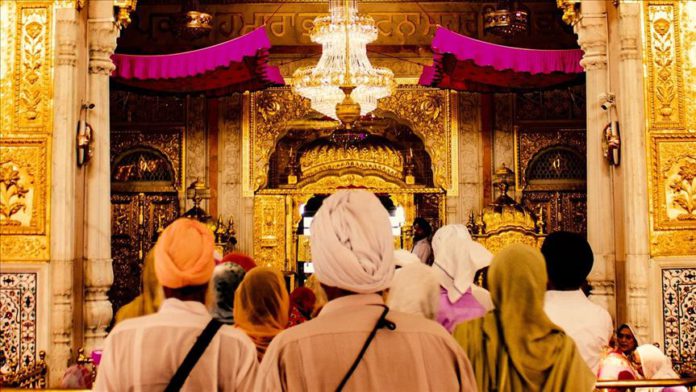 As Pakistan prepares to celebrate 74th Independence Day on Aug. 14, the country over past few years has been reviving religious places of its minority population, thus waking up to their rights.

Since British India was partitioned in 1947, into two independent dominion states, India and Pakistan based on religious identities, the condition of minorities, who decided to stay back at their ancestral places remained challenging.

In one of the world’s largest displacement so far, according to historians 4.7 million Hindus and Sikhs migrated to India and 6.5 million Muslims succeeded to reach to Pakistan in 1947.

The bloody communal riots that ravaged the region at that time are also believed to have claimed 200,000-two million lives, according to varying estimates.

Off late, now after 73-years of its existence, Pakistan has been reviving many Sikh religious places called gurdwaras, besides 400 Hindu temples across the country, pushing aside the scars of partition.

Coinciding, Indian Supreme Court’s verdict handing over a 16th century historic Babri Mosque to Hindus for the construction of a temple on Nov. 19 last year, Pakistan had arranged the opening of Kartarpur border crossing to allow the Sikh community to visit their sacred religious shrine.

This was the first time since the events of 1947 that also led to the division of the province of Punjab, that pilgrims were able to cross the border and visit the revered temple, where the founder of Sikh religion Baba Guru Nanak spent his last days.

Pakistan also revived and returned many other religious places to minorities over the past few years.

“We were stunned by the Indian [Supreme Court] decision on Babri Mosque site. The instant thought struck my mind was that Pakistan would back out or at least postpone the opening ceremony of the Kartarpur border,” Ramesh Singh, head of Pakistani Sikh Council, told Anadolu Agency.

Praising efforts of Pakistani Prime Minister Imran Khan, he said the Kartarpur was in a way an advance Independence Day gift extended to the Sikh community by the Pakistani government.

The town of Kartarpur, where the founder of Sikhism spent the last 18 years of his life, and the city of Gurdaspur in India are merely three kilometers (two miles) apart. But the closure of border crossing meant that Sikh pilgrims from India had to travel a hundred of kilometers of circuitous distance after going through passport and visa procedures.

Apart from Kartarpur, two other gurdwaras in Mandi Bahauddin and Gujrat districts of northeastern Punjab province were also revived with the help of local Muslims.

Also, Gurdwara Baba Biba Singh — named after a 17th-century Sikh religious scholar– was re-opened and handed over to the Sikh community in northwestern Peshawar city five years ago.

The Gurdwara had been closed following the migration of Sikhs from Peshawar to India in 1947.

The number of Sikhs in Pakistan is estimated between 30,000-40,000 out of some 200 million population of this South Asian Muslim country.

In February this year, Pakistan’s government also handed over a 200-year old temple to the country’s Hindu minority, according to reports in local media.

Located in the remote Zhob district of the southwestern Balochistan province, the temple had been illegally occupied in 1947. The four-room temple was functioning as a government school.

Also, the government plans to reclaim and restore 400 temples, which have been illegally occupied by land grabbers.

“Work on the plan is ongoing. It will not only highlight the nation’s tolerant face but promote religious tourism as well,” Lal Malhi, a Hindu lawmaker from ruling Pakistan Tehreek-e-Insaf party, said while speaking to Anadolu Agency.

He said following the mass migration of Hindus to India, these temples were either destroyed or occupied by land grabbers.

Hindus, the largest minority in Pakistan, make up 4% of the country’s population.

Pakistan is home to several revered Hindu shrines, including the Katas Raj temple in the northeastern Chakwal district and Sadhu Bela temple in southern Sukkur district.

The government has also rebuilt Peshawar’s historic All Saints Church, which was destroyed in a suicide bombing in Sep. 2013. Over 80 Christians were killed in the terrorist attack, one of the worst attacks against minorities in the country’s history.

In the northeastern city of Faisalabad, Pakistan’s textile-manufacturing hub, Muslim villagers raised funds and built a church for their poor Christian neighbors in 2016.

Christians are the second-largest minority in Pakistan, who make up nearly 3% of the total population.

Recently a controversy also erupted over the construction of a temple in capital Islamabad, after the government allotted a piece of land, and promised to provide funds to construct the first-ever temple in the capital.

Opposition from several right-wing parties, which objected to the use of public funds for the construction of the temple, however, forced the government to back out.

“We have no objections if the government does not provide funds. We can have it constructed through our means,” Malhi said adding that the Islamabad High Court had rejected objections to the construction of the temple, but asked the community to complete the formalities about land and building laws.

The government has referred the issue to the Council of Islamic Ideology — a constitutional body advising the parliament on religious issues.

In 1992, at the time of demolition of Babri Masjid in India, some 30 temples were attacked in Pakistan, 25 of them across the southern province of Sindh, home to 85% of the Hindus in the country. Since then all these temples have been either rebuilt or repaired.

“There is no comparison between the situations in 1992 and 2020. In 1992, it [riots] was because several political leaders led the protest rallies. They did not repeat that after 2002 anti-Muslim riots in Gujarat [India], and handing over of Babri Mosque for construction of temple last year,” said Malhi, who is serving the lower house-the National Assembly- for the second consecutive term.

“The difference between India and Pakistan in terms of their attitude towards minorities is that here [in Pakistan], individuals are involved in violence against minorities… whereas there [in India] state is patronizing the hardline elements against minorities,” he said.