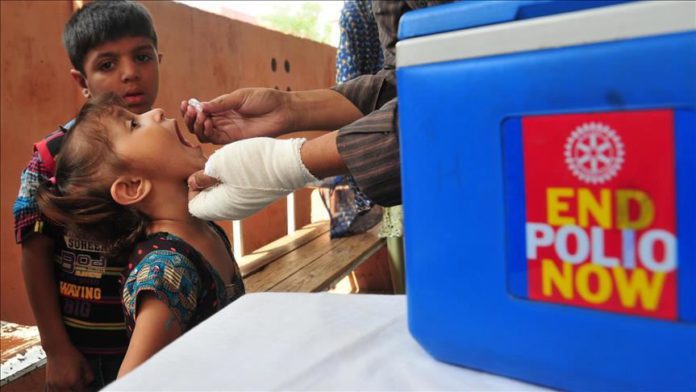 Pakistan on Monday resumed its anti-polio drive across the country, which has been stalled for the last four months due to the coronavirus pandemic, officials said.

Over 800,000 children below five years will be vaccinated during the six-day-long first phase of the drive across the country, including the restive northwestern tribal districts — the hotspots of the crippling disease.

“I appeal to the parents to get their children below five years of age vaccinated during this drive to save them from this disease,” Azra Pechuhu, the health minister for southern Sindh province, said while inaugurating the campaign in the port city of Karachi.

Pakistan is among three countries in the world, including Afghanistan and Nigeria, where polio virus still exists and the country remains under a polio-linked travel restriction imposed by the World Health Organization (WHO).

In 2014, the WHO made it mandatory for all people traveling from Pakistan to carry a polio vaccination certificate. Last month, the ban was extended for another six months.

Some militant groups often target the anti-polio vaccinators, mainly in the border areas of southwestern Balochistan and northwestern Khyber Pakhtunkhawa provinces. They see the anti-polio campaigns as part of an elaborate anti-Muslim and Western conspiracy, and often issue death threats to vaccinators, many of whom are women, for administrating the vital vaccines to children.

According to Pakistani officials, around 100 people associated with the drive have been killed across Pakistan since December 2012.

Some 58 polio cases have so far been reported from different parts of the country this year, according to official statistics. Last year, a total of 147 cases were reported.