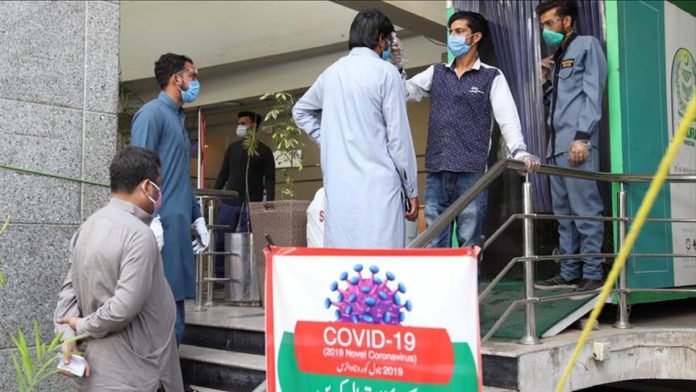 With 903 new cases reported over the past 24 hours, the total number of infections to date reached 278,305, with 1,146 of them currently in critical condition, according to Health Ministry data.

This is the lowest daily figure since May 14 when the country reported only 490 confirmed cases.

Following a gradual decline in the number of fatalities, some 27 patients died due to the deadly virus across the country, raising the death toll to 5,951. Over 88% of patients, or 247,171, have recovered so far.

According to the ministry, Pakistan has done over 1.97 million tests so far, with 20,507 more samples tested over the past 24 hours.

On Monday, the government announced strict restrictions to contain the virus’ spread during the Muslim Eid al-Adha holiday.

Authorities have imposed locality-based lockdowns in virus hotspots across 20 cities since June, and many officials, including Prime Minister Imran Khan, have credited this strategy for the country’s improving numbers.

“The world is widely acknowledging our smart lockdown strategy as our cases are gradually declining,” Khan told a media briefing on Monday.

However, he urged the public to continue to follow measures against the virus during the holiday and the Islamic month of Muharram.

“Virus cases could spike again if people neglect the safety guidelines on Eid al-Adha and Ashura,” the anniversary of the martyrdom of Hussain, the Prophet Muhammad’s grandson, Khan cautioned.

With a record number of 55,079 cases, India on Friday crossed the 1.6 million mark, along with 779 deaths in the last 24 hours, the Health Ministry said.

The ministry also said that India “achieved another landmark” with more than 600,000 COVID-19 tests done in the last 24 hours.

Since it originated in China last December, the global pandemic has claimed over 673,000 lives in 188 countries and regions.