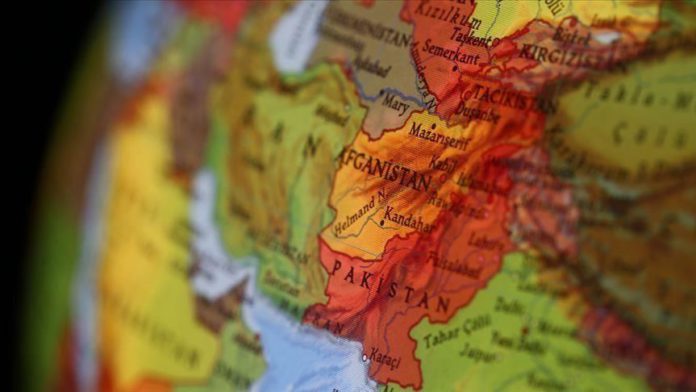 In a statement, Aisha Farooqui, the spokeswoman for the Foreign Ministry spokeswoman, said Islamabad reopened southwestern Chaman and northwestern Torkham border crossings for transit trade and exports to Afghanistan.

The third crossing — Ghulam Khan terminal — will be reopened from June 22, she added.

Earlier, in a Twitter post, Abdul Razzak Dawood, prime minister’s adviser on trade, who acts as trade minister, announced the three routes would reopen from June 22, after months-long closure due to the coronavirus pandemic.

However, Farooqui said: “On the request of government of Afghanistan and based on our brotherly ties and humanitarian consideration for sustenance of the fraternal people of Afghanistan, Pakistan had opened its two border terminals at Torkham and Chaman for transit trade and exports to Afghanistan.”

The arrangement on trade, she added, would be in operation six days a week. Saturdays will be reserved for pedestrian movement on these border crossing terminals. These steps are being taken after implementing all necessary protocols related to COVID-19 pandemic.

“The opening of Ghulam Khan border crossing terminal and allowing imports from Afghanistan reflects Pakistan’s resolve to help Afghanistan and facilitate its trade,” she went on to say.

Pakistan is a major trading partner of Afghanistan and largest market for Afghan exports.

The opening of strategic Gwadar Port for Afghanistan’s export and import has further strengthened trade linkages between the two countries, she maintained.

“Pakistan will continue to support a peaceful and economically stable Afghanistan,” she concluded.

The move followed a nearly 50% reported decrease — from $2.7 billion to $1.4 billion — in bilateral trade between the two countries in recent years.

Escalating diplomatic tensions and frequent border closures have had a chilling effect on Pakistan-Afghanistan trade in recent years.

The volume of trade between landlocked Afghanistan and its southern neighbor have been mostly affected by terrorist attacks in Pakistan that Islamabad blames on Afghanistan-based militants, which in turn led to the closure of border crossings.

The three key borders which respectively connect northeastern and southern Afghanistan, had remained closed for several months at different times since 2014.

Relations between the two neighbors have been rocky in recent years as both sides accuse each other of supporting and providing sanctuaries to the militants.

Pakistan and Afghanistan share 18 crossing points. The most commonly used ones are Torkham and Chaman.