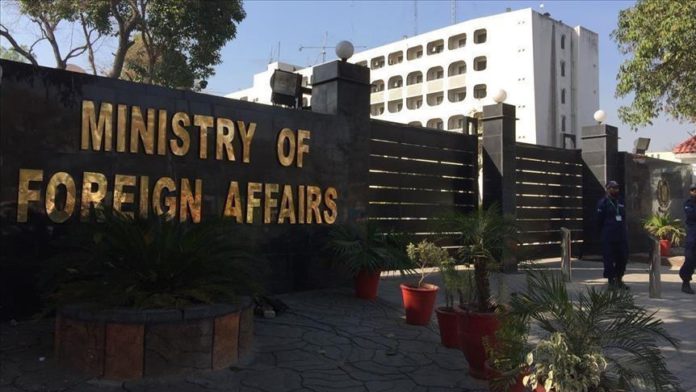 Pakistan on Tuesday took “strong exception” to the “unwarranted comments” made in a recent US report on Pakistan’s judicial system.

In its Investment Climate Statements for 2021 released on July 21, the US State Department accused Pakistan’s judiciary of being influenced by the government and other stakeholders.

The publication claimed that theoretically, Pakistan’s judicial system operates independently but the reality is different “as the military wields significant influence over the judicial branch.”

As a result, it alleged, “there are doubts concerning the competence, fairness, and reliability of Pakistan’s judicial system.”

Rejecting Washington’s contention, the Foreign Ministry said the judiciary in Pakistan is independent and the courts are functioning in accordance with the Constitution and laws of the country.

“The allegations to the contrary are firmly denied as factually incorrect and misleading,” it said in a statement. “As a vibrant democracy, Pakistan firmly believes in the separation of powers between the Executive, Legislative and Judicial branches of the state.”

“There is no question of any coercion or pressure on Pakistan’s judiciary,” the press release added.

The ministry said that mutually beneficial cooperation in the areas of economy, trade and investment with the international community, including the US, is one of the key priorities of Pakistan.

“We will continue to take steps to optimally realize Pakistan’s geo-economic potential,” the statement said.

The Investment Climate Statements provide country-specific information on the business climates of more than 170 countries and economies.

They are prepared by economic officers stationed in embassies and posts around the world and analyze a variety of economies that are or could be markets for US businesses of all sizes.

The report said that despite a relatively open formal regime, Pakistan remains a “challenging environment” for investors.