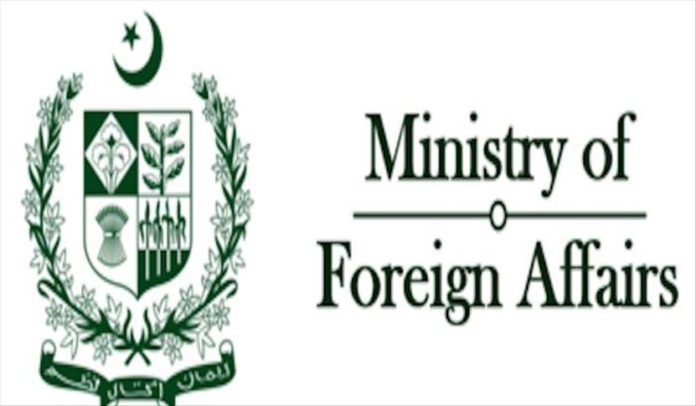 Pakistan has expressed concern and rejected “unwarranted” references related to it in a US-India joint statement on counterterrorism.

On Sept. 11, the US State Department, after a virtual meeting of the US-India Counter Terrorism Joint Working Group and US-India Designations Dialogue, reiterated Washington’s support for New Delhi’s fight against terrorism.

Both sides “underlined the urgent need for Pakistan to take immediate, sustained, and irreversible action to ensure that no territory under its control is used for terrorist attacks.”

It also asked Pakistan “to expeditiously bring to justice the perpetrators” of attacks including the one in Mumbai in 2008 in which 166 people were killed.

But Pakistan on Tuesday urged the US to refrain from endorsing positions that are “one-sided” and “divorced from ground realities” in South Asia.

“Pakistan has repeatedly underlined that peace and stability in South Asia is threatened by the irresponsible policies and actions of the RSS-BJP regime in India – including towards its minorities, its state-terrorism in IIOJK [Indian Illegally Occupied Jammu and Kashmir], and its belligerence against Pakistan and other countries in the region,” Pakistan’s Foreign Ministry said.

“The international community must urge India to reverse course and desist from playing a role detrimental to regional peace and stability.”

The world, it said, is well aware that Pakistan is most affected by cross-border terrorism, sponsored and supported by India.

Pakistan has repeatedly rejected allegations that it provides a safe haven to militants.

It has prosecuted and jailed the leadership of several banned groups, including Hafiz Saeed, who is blamed for the Mumbai attacks.

The country is trying to avoid being blacklisted over its failure to curb terror financing by global financial watchdog the Financial Action Task Force.

US warns Americans in Greece to avoid Turkish border