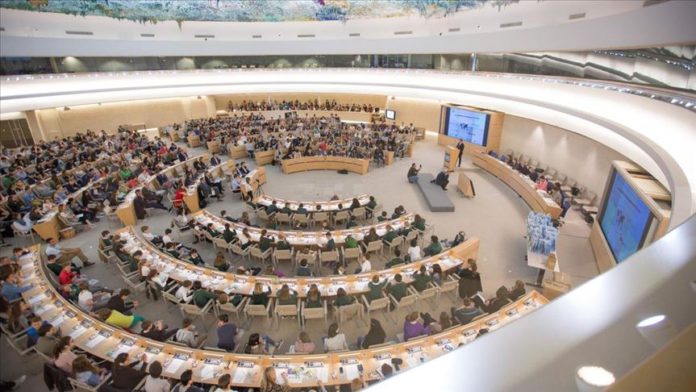 Pakistan was re-elected to the United Nations Human Rights Council (UNHRC) with 169 votes in the 193-member UN General Assembly, a statement from the Foreign Ministry said Tuesday.

Pakistan secured the highest number of votes among the five candidates from the Asia-Pacific region vying for four seats in elections in New York, the statement said.

The country has served on the UNHRC since Jan. 2018 and will continue for another three-year term commencing Jan. 1.

Since the UNHRC’s establishment in 2006, this is the fifth time that Pakistan has been elected to the UN’s premier body on human rights.

“The international community has once again reposed confidence in Pakistan, recognizing our contribution to the national and global human rights agenda and strong credentials as a consensus builder in the (UN)HRC,” according to the statement that said it would sustain efforts toward ensuring that the HRC’s work is guided by the principles of universality, impartiality, dialogue and cooperation.

“Pakistan will remain actively engaged with the Council as well as its related processes to continue to highlight the plight of Kashmiris and other oppressed people all over the world,” it concluded.

The 47-nation UNHRC is an inter-governmental body based in Geneva within the UN system that is responsible for the promotion and protection of all human rights around the globe.