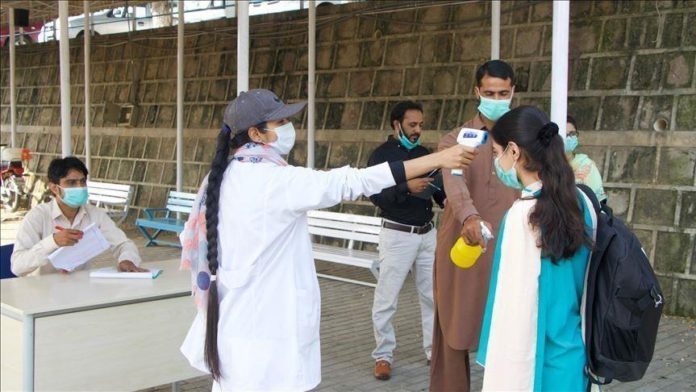 Pakistan will allow the private sector to import vaccines for protection against the novel coronavirus, a senior health official confirmed on Sunday.

“In addition to procurement by the government, if private companies get approval, through the normal process, they will be allowed to do so,” Dr. Faisal Sultan, special assistant to the prime minister on health, told Anadolu Agency.

This comes days after officials of the Health Ministry, and the Drug Regulatory Authority of Pakistan refuted media reports that private sector could purchase vaccines for those individuals that can afford to pay for them.

Responding to a query if the government has finalized deals with any vaccine manufacturers, Sultan, who effectively acts as the health minister, said: “Not yet, but very soon.”

Earlier, he told Anadolu Agency that authorities were negotiating with China and Russia, among others, to procure the vaccines, and that frontline workers and senior citizens will be inoculated first.

The government recently increased an initial sum of $150 to $250 it earmarked for purchasing the doses.

The science and technology minister made a similar announcement earlier in the day.

“We are in touch with all pharmaceutical companies which are manufacturing COVID-19 vaccines… Dr Faisal Sultan, the federal health adviser, and the Health Ministry are leading the initiative,” Fawad Chaudhry told a news conference in the eastern city of Lahore.

He said talks with a couple of pharmas are in their final stages, and the government will be able to finalize a definite vaccination strategy within a week.

“We hope to inoculate a large section of the population free of charge,” he said. “We will also allow private companies to import, and cater to the rich, who do not want to wait.”

Pakistan will launch the vaccination drive in the second quarter of 2021, Nausheen Hamid, the parliamentary secretary at the Health Ministry, had said earlier this month.

Immunization has already begun in EU countries, the US, UK and many Gulf states. The vaccines approved so far include the ones produced by Pfizer-BioNTech and Moderna.