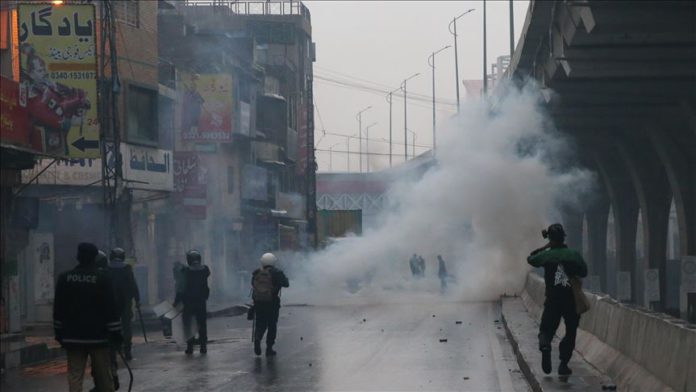 Thousands of protesters led by a religious party in the Pakistani capital have called off their anti-France sit-in after successful negotiations with the government, a spokesperson confirmed on Tuesday.

“We reached an agreement with the government, and ended our demonstration,” Raja Danish Bakhtiar, a spokesperson of Tehreek-e-Labbaik Pakistan, told Anadolu Agency.

The party supporters, who gathered in Islamabad on Sunday, were demanding the expulsion of the French ambassador, and boycott of French products following the publication of blasphemous cartoons of the Prophet Muhammad in France.

While there has been no official confirmation of the terms of the agreement, a handwritten accord is doing the rounds on social media.

The note carrying signatures of Minister for Religious Affairs Noorul Qadri and Interior Minister Ijaz Shah says the government will make a decision regarding the expulsion of the French ambassador within three months, and will not appoint its ambassador to France.

The government also assured to officially boycott French products, and release all the protesters, according to the alleged deal.

Authorities had sealed the capital’s red zone, and physical confrontation between the protesters and security officials also took place.

Tensions further escalated with the Oct. 16 murder of a French teacher who showed caricatures of the Prophet Muhammad to his pupils. Macron paid tribute to him, and said France would “not give up our cartoons.”

Insulting cartoons by Charlie Hebdo, a French weekly magazine, were also projected on buildings in a few cities.

Many Muslim countries, including Pakistan, Turkey, and Iran, condemned the publication, and Macron’s subsequent response.