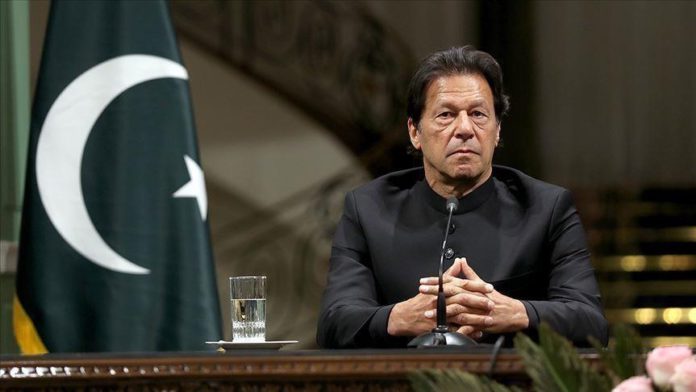 Pakistani Prime Minister Imran Khan and Iran’s President-elect, Ebrahim Raeisi spoke over the phone on Sunday and discussed the “worsening” security situation in Afghanistan following the largely completed US pullout from the war-torn country.

Khan, according to a statement from the Prime Minister’s Office, telephoned Raeisi to express his concern over surging violence in the neighboring country, and cautioned that the latest developments could lead to “serious” repercussions for both Pakistan and Iran, resulting in an influx of refugees towards the bordering areas of the two countries.

The two countries together have already been hosting nearly five million Afghan refugees.

Khan underscored the “imperative of a negotiated political solution” to the decades-long conflict in the war-raked country, the statement said.

The two sides, it added, emphasized the need to continue facilitating an “Afghan-led and Afghan-owned” inclusive political settlement.

Expressing concern at the “serious human rights situation” in the Indian-administered Kashmir and Palestine, the statement said, the two leaders emphasized the need to resolve these long-standing disputes in line with the UN Security Council resolutions.

The two leaders expressed satisfaction at the “upward trajectory” of bilateral relations and agreed on further boosting existing cooperation, particularly in economic sector.

Referring to the opening of three markets along the border between the two countries in June this year, the two leaders affirmed that the establishment of markets is an “important” step, which would yield economic and social benefits for the people of both countries.

Khan also congratulated Raeisi on his victory in the presidential elections in June.

The two sides agreed to maintain high-level exchanges, with both leaders extending invitations to each other to pay official visits.

The two countries are sorting out different ways, including a free trade agreement, to boost their trivial bilateral trade volume.

Currently, the bilateral trade between the two neighbors stands at $359 million.

Last September, Prime Minister Imran Khan had approved the establishment of 18 markets along the borders of Iran and Afghanistan. Of them, 12 will be established near Afghanistan border.