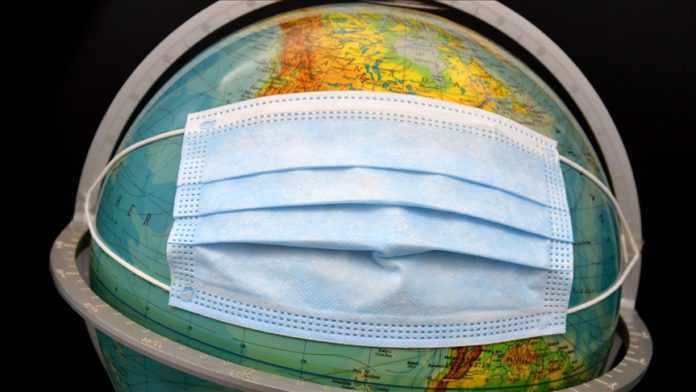 Pakistani health experts accuse both the government and the opposition of “politicizing” the COVID-19 pandemic, which has created a “widespread confusion” among the general public about the disease.

“The government and the opposition have politicized a pure health issue, sending conflicting messages to the general public about the disease,” Dr. Rana Jawad Asghar, an Islamabad-based epidemiologist told Anadolu Agency.

Their conflicting messages, he observed, has brought the masses to a point, where they pay no heed to health experts’ advice and warnings. Many believe the disease do not even exist, he noted.

“I cannot blame the public alone. When they see their leaders inviting public to the rallies, not wearing masks, and blaming each other for the spread of the disease, why would they listen to the health experts,” Asghar, an adjunct professor of epidemiology at the University of Nebraska, US, said referring to recent government and opposition rallies and huge public meetings across the country.

Citing the example of the US President Donald Trump, who has time and again downplayed the health experts’ warnings regarding spread of the virus, he said Pakistani politicians are practically “doing the same thing.”

“They must stop using the disease to settle their political score ,” he said.

Seconding Asghar’s view, Dr. Qaisar Sajjad, the secretary general of Pakistan Medical Association (PMA) — a nationwide body of health professionals — warned that the public’s “nonserious” attitude along with “politicization” of the issue might lead to a disaster.

“Both the government and the opposition are taking the pandemic to a point, where everyone gets infected in the country,” Sajjad, who himself is in isolation after getting infected by the coronavirus, told Anadolu Agency by telephone.

“Why would the people get coronavirus serious when their leaders are not taking it seriously,” he contended.

Though, the government last month reimposed restrictions, including a ban on rallies and gatherings in a bid to stem the surging coronavirus cases, a defiant 11-party opposition alliance refused to call off their scheduled public meetings.

Tens of thousands of opposition supporters gathered in northeastern city of Lahore last week as part of their campaign to oust the government of Prime Minister Imran Khan, despite the ban.

So much so, several government ministers also addressed public meetings despite a ban, mainly in northwestern Khyber Pakhtunkhawa province.

Jamat-e-Islami, one of the country’s mainstream religious parties, however postponed its protest meetings against the government due to a second wave of coronavirus.

Pakistan has witnessed a spike in COVID-19 cases and deaths in recent weeks.

The South Asian country recorded 71 deaths from the virus on Thursday.

The total number of active cases in the country stands at 43,851.

Terming the country’s incumbent risk communication strategy “weak”, Asghar urged the government to come up with a “workable” set of safety precautions and restrictions to contain the raging pandemic.

“The state should not just announce a strategy and expect the people to simply follow that. The policy must be workable, and with the consultation of the stakeholders,“ he maintained.

Sharing a similar view, Sajjad opined the lack of a uniform strategy has hit the efforts to stem the pandemic.

Faisal Sultan, special assistant to the prime minister on health, told Anadolu Agency last week that Pakistan was negotiating with China, Russia and others to procure coronavirus vaccines.

The vaccine, he said, would be available in Pakistan sometime between January and March next year, and administered to health workers and senior citizens in the first phase.

Asghar said it’s hard to predict about a third wave of coronavirus in the country after winters.

“Will there a third wave or not, it’s difficult to say at this stage because our data is incomplete and weak,” he opined.

“Instead of politicians, the scientific community should be brought in front. Their data-based evaluation, and strategy can do much better,” he added.