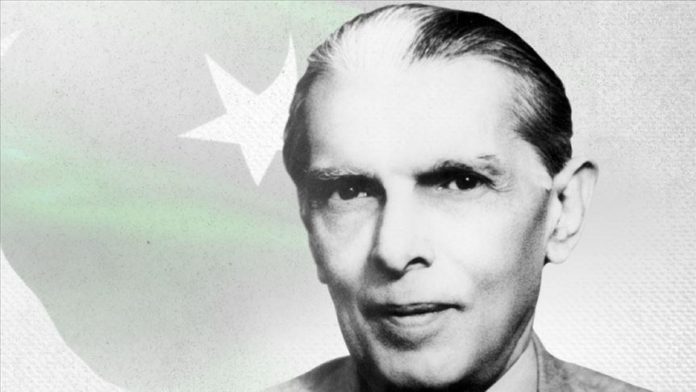 Pakistan on Friday observed the 144th birth anniversary of the country’s founder with traditional zeal and fervor.

A smartly turned out contingent of the Pakistani army took guard at the sprawling mausoleum of the country’s founder, Muhammad Ali Jinnah — commonly known as Quaid-i-Azam (the greatest leader) — in the southern port city of Karachi to officially kick off nationwide ceremonies.

Special prayers were offered in mosques across the country during morning prayer for the progress and prosperity of Pakistan.

“As we celebrate the 144th birth anniversary of Father of the Nation, Quaid-e-Azam Muhammad Ali Jinnah, we pay him a rich tribute for his role in the creation of a separate homeland for the Muslims of the sub-continent,” President Arif Alvi said in his message.

Prime Minister Imran Khan also lauded the founder’s services for the Muslims, saying Quaid-e-Azam had a firm faith in Allah and His Prophet Muhammad which guided him through a long journey comprising ordeals, deceptions and dejections, but culminating in grandeur, decor and eternity.

“QuaidEAzam” remains the top trend on local social media as the nation paid homage to its founder who gave them an identity and established an independent Islamic country in South Asia.

Born on Dec. 25, 1876 to a wealthy merchant family in Karachi, Jinnah served as the first governor general of the newly formed country after Pakistan’s independence in 1947. He lived only a year after the nation’s independence and died on Sept. 11, 1948 in Karachi.

One can find Jinnah’s name and pictures everywhere in Pakistan — from paper money to the streets and from universities to naval bases.