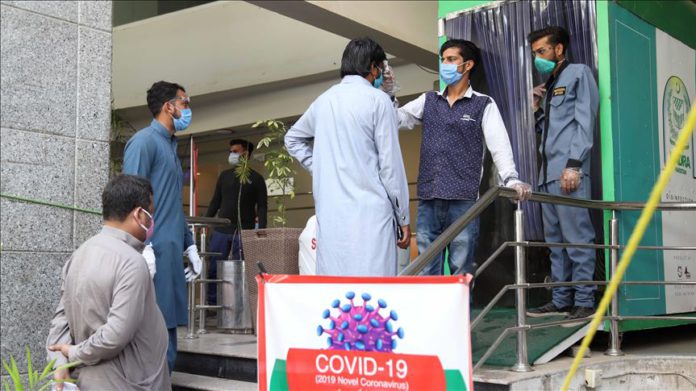 Pakistan on Tuesday reported its lowest single-day tally of coronavirus cases since May, as the country’s recoveries ratio also moved closer to 90%.

According to the Health Ministry, 936 more infections were recorded over the past 24 hours, bringing the overall count to 275,225.

Daily fatalities stood at 23, up slightly from the three-month low of 20 a day earlier, taking the death toll to 5,865.

Recoveries increased by 1,410 to reach 242,436, meaning that more than 88% of Pakistan’s COVID-19 patients have now recovered, the ministry reported.

Pakistan’s virus numbers have fallen considerably over recent weeks, but health experts believe this could be due to reduced testing in the country of over 212 million.

According to the Health Ministry, Pakistan has conducted over 1.9 million tests so far, with 19,610 more samples tested over the past 24 hours.

Authorities have imposed locality-based lockdowns in virus hotspots across 20 cities, and many officials, including Prime Minister Imran Khan, have credited this strategy for the country’s improving numbers.

“The world is widely acknowledging our smart lockdown strategy as our cases are gradually declining,” Khan said at a media briefing on Monday.

However, he urged the public to follow all precautions during the upcoming Eid al-Adha, the Muslim festival of sacrifice, and the Islamic month of Muharram.

“Virus cases could spike again if people neglect the safety guidelines on Eid al-Adha and Ashura [anniversary of the martyrdom of Hussain, the grandson of Islam’s Prophet Muhammad],” Khan warned.

The government of Punjab, Pakistan’s most populous province, has announced strict restrictions ahead of this week’s Eid al-Adha holidays.

According to a notification, no social or religious gatherings will be allowed until Aug. 5 in the province, which has reported more than 92,000 cases and over 2,100 deaths so far.

Similarly, authorities in the capital Islamabad have announced that parks, hotels, and other recreational spaces will be closed during the three-day Eid holiday starting this Friday.