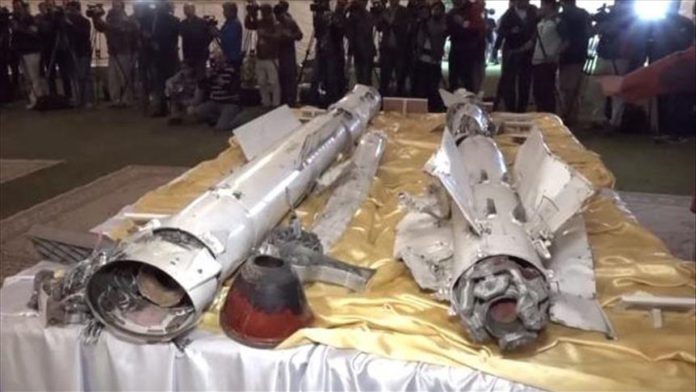 Amid a surprise thaw in tensions between the longtime rivals, Pakistan on Saturday marked the second anniversary of the day it shot down an Indian jet and captured its pilot.

The next day, Islamabad announced his release in a gesture of goodwill widely hailed by the international community.

Pakistan’s claim that it also shot down another Indian fighter jet that crashed in Indian-administered Jammu and Kashmir was rejected by New Delhi.

The main ceremony was held at the Air Headquarters in the capital Islamabad, where PAF chief Air Marshal Mujahid Anwar Khan reaffirmed the air force’s resolve to “always defend the motherland against all threats.”

A flypast was also conducted to honor the pilots who took part in the operation, which has been named “Swift Retort,” state-run Pakistan Television reported.

Pakistan’s action in February 2019 came following an intrusion by Indian jets that bombed an alleged militant training center in the northwestern Balakot town.

New Delhi’s claim of killing “300 terrorists” in the strike was denied by Islamabad and never independently verified as well.

Prime Minister Imran Khan, in a series of tweets on Saturday, congratulated the nation and the armed forces for the response to “India’s illegal, reckless military adventure of airstrikes against Pakistan.”

“We also demonstrated to the world Pakistan’s responsible behavior in the face of India’s irresponsible military brinkmanship by returning the captured Indian pilot. We have always stood for peace & remain ready to move forward to resolve all outstanding issues through dialogue,” he said.

Khan also welcomed the cease-fire along the Line of Control, a de facto border that divides the Himalayan valley between the two neighbors.

“The onus of creating an enabling environment for further progress rests with India. India must take necessary steps to meet the long-standing demand and right of the Kashmiri people to self-determination according to UNSC resolutions,” he said.

‘We can live in peace’

Pakistan also released another video of the Indian pilot on Saturday, in which he speaks about similarities between the two nations and the possibility of peace.

“I do not know what needs to be done to bring about peace, but I only know that there should be peace. And I see no reason for us to continue with any kind of hostilities. I want that peace [should] be established. We can live in peace.”

Some Kashmiri groups in Jammu and Kashmir have been fighting against Indian rule for independence or unification with Pakistan.

On Aug. 5, 2019, India stripped Jammu and Kashmir of its autonomous status and divided it into two centrally ruled territories, sparking fresh tensions in the restive region.