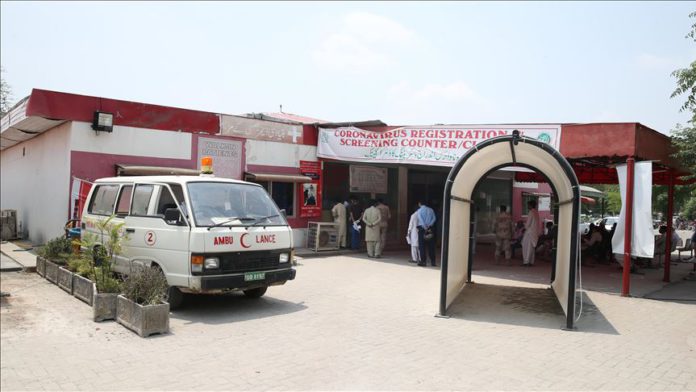 Pakistan made it compulsory Wednesday for citizens to wear face masks in public places in an effort to contain a fresh coronavirus outbreak.

The government also announced the shutting of all parks and entertainment venues by 6 p.m. and markets, shopping centers, restaurants and banquet halls by 10 p.m. nationwide from Thursday.

Announcing the new preventive measures, the head of the country’s COVID-19 response, Asad Umar, said all provinces have been asked to ensure that people wear face masks and adhere to standard operating procedures (SOPs), particularly in markets, shopping malls, public transport and restaurants.

He also said on Twitter that the National Command and Operations Centre (NCOC) has approved the use of antigen testing in addition to the polymerase chain reaction (PCR) tests being carried out.

“This is part of a strategy to increase the level of testing. The symptomatic cases will all still be administered PCR tests. The decision is in line with the guidelines issued by the WHO,” he added.

Pakistan was one of the few countries where coronavirus cases significantly declined, prompting the government to ease a months-long lockdown in May.

However, the country has recorded a gradual increase in COVID-19 cases over the past several weeks, largely in October, with the daily death toll jumping from single digits to double digits.

Warning citizens of a second wave of the pandemic, Prime Minister Imran Khan on Wednesday urged citizens to “strictly” follow the safety precautions at least for the next two months.

Pakistan on Wednesday reported 825 new coronavirus cases in the past 24 hours, sparking fears of a second wave of the virus, according to the Health Ministry.

On Tuesday, Dr. Faisal Sultan, special assistant to the prime minister on health, who effectively acts as the health minister, announced that Pakistan was facing a second wave of COVID-19 as people were not following the standard operating procedures.

“A few weeks ago, we were getting 400 to 500 cases per day, but now it has increased to 700 to 750 cases. Moreover, the mortality rate has also increased. Another ratio which is considered is percentage positivity, which remained less than 2%. But now it has reached close to 3%,” local daily Dawn quoted Sultan as saying.