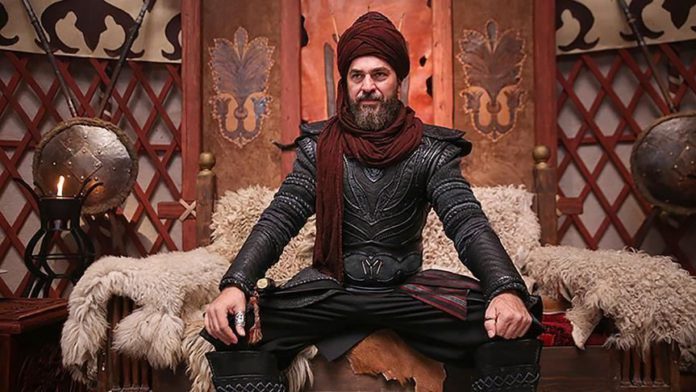 Ertugrul Gazi, the father of Osman I who laid the foundations of the Ottoman Empire, surged to fame in Pakistan when Prime Minister Imran Khan endorsed the series and said watching it would promote “Islamic history and ethics” among the country’s youth.

The president of Maraghzar Colony, a private cooperative housing society in Lahore, Shahzad Cheema said: “I loved the series and I knew about this character beforehand. I got this idea to place a life-size statue of this hero to promote the right ideology of Islam through the teachings of our great warriors in our young generation.”

Cheema, who had lived in Saudi Arabia and traveled the Middle East for over two decades, is a huge fan of Ottoman history and has a library in his home full of books about Muslim history.

“I was always fascinated by the glory of Sultanate-Usmania [Ottoman Empire]. The statue of Ertugrul Ghazi who defeated anti-Muslim forces by the force of his courage is generating interest in kids to learn about our great history and ancestors, who fought against tyrants with great valor in the 13th century,” Cheema told Anadolu Agency.

The seven-foot-tall statue was installed in an open space at an intersection, with residents having named the neighborhood Ertugrul Ghazi Chowk (intersection).

“All the intersections of our neighborhoods have been named after the warriors of Islam. These little things keep us close to our identity and Islamic cultural values,” said Cheema.

The custom-built statue is made of fiber and iron and was prepared in Multan over 300 kilometers (190 miles) southwest. It depicts a sword-wielding Ertugrul Ghazi on horseback.

“I personally went to Multan to place the order. The popularity of the character has no limit since the statue has been unveiled, people are coming from even different cities to take pictures with their favorite hero and learning about his life,” he explained.

More than 58 million people watched the first episode on PTV’s YouTube channel in two months and the entire show has had more than 250 million views in Pakistan.

A second statue of Ertugrul has been prepared and will soon be put up in the neighborhood’s main intersection.