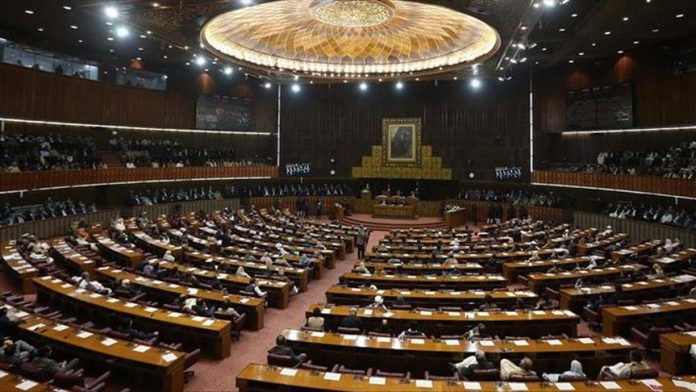 Pakistan’s lawmakers on Tuesday passed a much-debated legislation to validate a three-year extension in the term of the country’s army chief, state media reported.

Opposition parties — including the embattled Pakistan Muslim League-Nawaz and Pakistan People’s Party — in a rare show of unconditional cooperation supported the legislation in the National Assembly, the lower house of the parliament.

The assembly also passed two similar bills regarding the extension in tenures of the air force and naval chiefs, if required, state-run Pakistan Television reported.

Two mainstream religious parties — Jamaat-e-Islami, and Jamiat Ulema-e-Islam — however, opposed the legislation, and