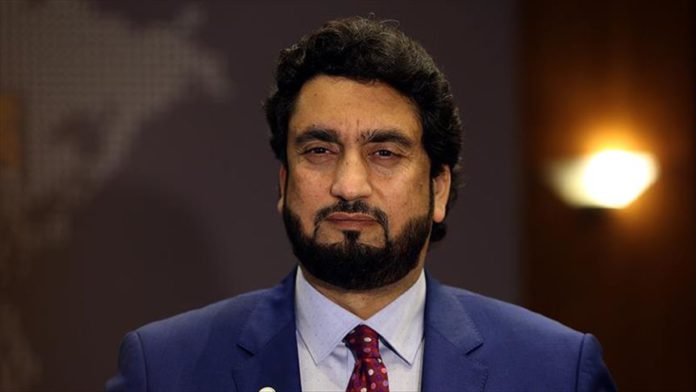 A Pakistani lawmaker on Monday urged the international community, including the UN, to swiftly act to sop “genocide” of Kashmiris by Indian security forces, warning the world against a “brewing” nuclear conflict on the long-smoldering Kashmir dispute.

Addressing a seminar in the capital Islamabad, Shehryar Khan Afridi, chairman of the parliament’s Kashmir committee, claimed New Delhi was using backdoor channels to resume talks to Pakistan. However, he said his country would not talk to India unless Kashmir issue was on the agenda.

Kashmir, he further said, became a key issue in the global digital space and that Pakistan would not allow India to mislead the world on the ongoing “genocide” there.

“We are reaching out to all the global platforms to raise Kashmir [issue],” he said adding that the parliament’s committee was engaging with 22 global forums to sensitize the world on the lingering dispute.

Indian forces, Khan went on to argue, arrest youth and later gun them down in fake police “encounters.”

“The world knows well about the Indian atrocities being committed by the occupational forces in occupied Kashmir but commercial interests are major hurdle in taking action against India,” he added.

Apart from issuing half a million domiciles to non-Kashmiris, he said, India was planning to award citizenship rights to 1.7 million migrant workers as well.