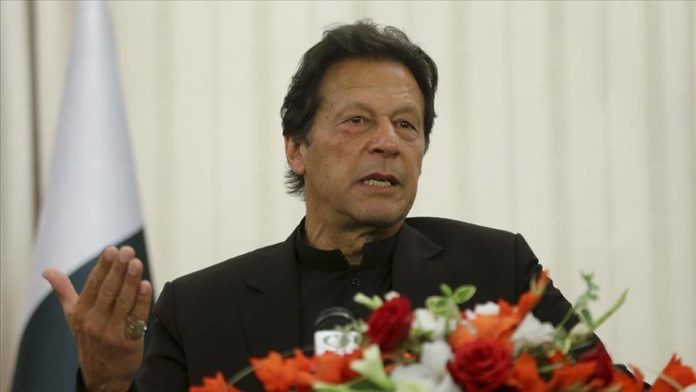 Pakistan’s prime minister Wednesday thanked the Turkish president for raising the Kashmir issue during his speech to the United Nations General Assembly (UNGA).

“Deeply appreciate President [Recep Tayyip] Erdogan once again raising his voice in support of the rights of the Kashmiri people during his address to UNGA,” Imran Khan tweeted.

He added that Turkey’s unwavering support remains a source of strength for the Kashmiris in their legitimate struggle for self-determination.

On Tuesday, addressing the General Assembly, Erdogan said the Kashmir conflict is key to stability and peace in South Asia.

“Steps taken following the abolition of the special status of [Indian-administered] Jammu-Kashmir further complicated the problem,” the president said, referring to a controversial step taken in August 2019.

“We are in favor of solving this issue through dialogue, within the framework of the United Nations resolutions and especially in line with the expectations of the people of Kashmir,” he added.

Munir Akram, Pakistan’s ambassador to the UN, also said his country supports Erdogan’s bold statement on global issues at the General Assembly and his clear stance on Jammu and Kashmir.

In his speech, Erdogan reiterated his call for the UN to declare March 15, the day in 2019 a terrorist killed 51 Muslims in New Zealand, an “International Solidarity Day Against Islamophobia.”

The Organization of Islamic Cooperation, the second-largest international organization after the United Nations, has officially recognized this day, he added.

“On behalf of my party and from the voiceless and oppressed people of Indian occupied Jammu and Kashmir, I express my deepest appreciation to Turkish President Recep Tayyip Erdogan for his excellent and bold speech at the United Nations General Assembly session,” Nabila Irshad, chairwoman of the Jammu and Kashmir Democratic Party, said in a statement

“President Erdogan has once again shown that he stands in solidarity with the oppressed people across the world, be that from Kashmir, to Palestine, to Rohingya to Nagorno-Karabakh,” she added.