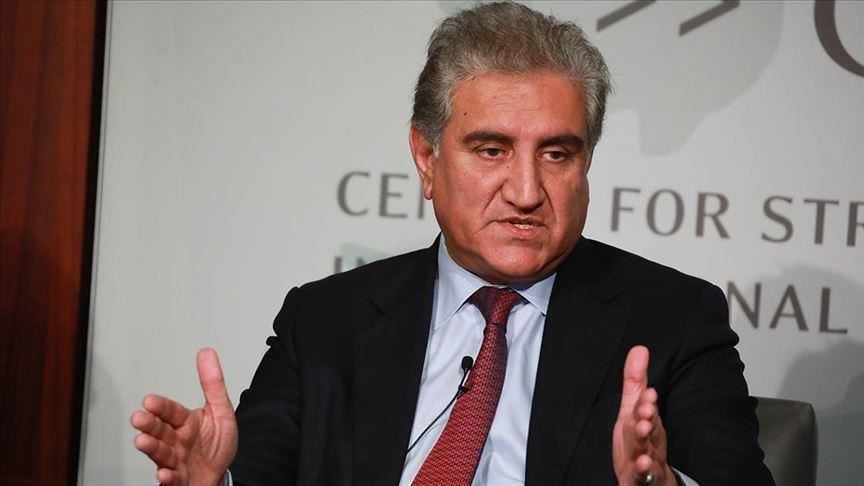 Pakistan Foreign Minister Shah Mahmood Qureshi warned of parting ways with the Saudi Arabian-led Organization of Islamic Cooperation (OIC) if it failed to convene a foreign ministers meeting regarding Kashmir.

Qureshi criticized the group’s silence about issues, including Palestine, Kashmir and the Babri mosque.

“For one year we have been requesting the OIC to call a council of foreign ministers meeting on Palestine and Kashmir issues where Muslims are facing atrocities while India demolished the 300 year old Babri mosque and are building a Ram Temple but the OIC remains silent. But why?,” Qureshi said while talking with local television station ARY News late Wednesday.

The Babri mosque was demolished by hardline Hindu mobs in 1992.

At the time, Prime Minister P.V. Narasimha Rao pledged to rebuild the mosque in a televised address to the nation.

But the Indian Supreme Court last November handed the site of the historic mosque to Hindus to construct a temple following a prolonged legal battle.

“Today, I am telling the OIC to convene the meeting of the council of foreign ministers. If they can not do it, then i will be compelled to ask the prime minister to call a meeting of Islamic countries that are ready to stand with us on the issue of Kashmir and support the oppressed Kashmiri Muslims,” said Qureshi.

He said the time has arrived for the OIC to decide if to stand with founding member [Pakistan] on a sensitive issue — no more equivocating.

He said Pakistan withdrew from the Kuala Lumpur Summit last December on a request from Riyadh.

“I appreciate Mahathir Muhamad who even didn’t complain and spoke a single word over our decision because he knew our real situation,” he said

“Today Pakistanis, who are always ready to sacrifice their lives for Mecca and Madina, need Saudi to play a leading role on the Kashmir issue. If they will not play their role, then i will ask Prime Minister Imran Khan to go ahead with or without Saudi Arabia,” Qureshi warned.

Khan, earlier this year, admitted he missed the summit because of a request by Riyadh and expressed sadness for missing the conference.

“Unfortunately our friends who are very close to Pakistan as well, felt that somehow the conference was going to divide the Ummah. It was clearly a misconception because that was not the purpose of the conference as evident from when the conference took place,” Khan told a news conference in February during a visit to Kuala Lumpur.

Khan and Qureshi have always praised Turkey, Malaysia and Iran who stood behind Kashmiris and reject India’s annexation of Kashmir last August.