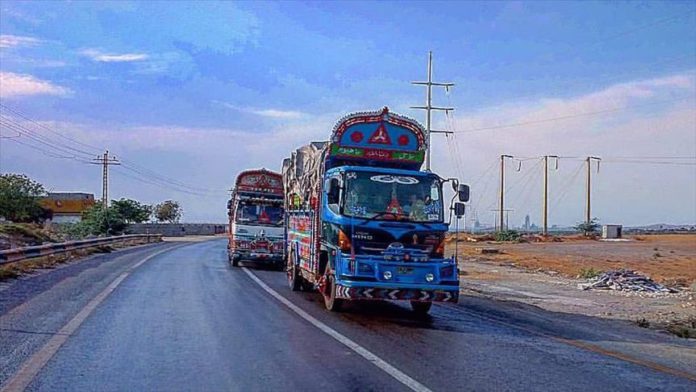 In Pakistan’s southwestern province of Balochistan, fatal highway accidents have surpassed even terrorism in deadliness as the strategic region prepares to receive $64 billion in investment as a key route of the China-Pakistan Economic Corridor (CPEC) project.

But to the surprise of many, it is not terrorism but fatal highway accidents that have killed more people in the last decade across the province.

Signed in 2014, the $64 billion project will connect northwest China to Balochistan’s Gwadar port through a network of roads, railways, and pipelines to transport cargo, oil, and gas.

This will provide the shortest route to Chinese cargo destined for the Middle East, Central Asia, and Africa.

According to the government-run Pakistan Bureau of Statistics, nearly 4,000 people have died in the road accidents compared to 2,238 citizens killed in the terrorist attacks in the province during the last decade.

Local media and independent monitors, however, put the death toll in accidents way higher, around 8,000.

The 813-kilometer (505-mile) Quetta-Karachi Highway — also known as the RCD highway — is the epicenter of deadly accidents in the province, which covers 42% land of Pakistan.

The single-lane highway, which passes through 10 major cities, is locally know as “the killer road”, as over 800 accidents took place here last year alone.

It is a major NATO supply route, which connects the country’s commercial capital Karachi to Chaman, bordering neighboring Afghanistan.

“Increasing number of deaths in highway accidents are becoming a norm in Balochistan,” read a study recently released by Balochistan Youth and Civil Society, a non-governmental group striving for extension of highways to reduce the growing number of accidents in the province.

“It’s a bigger problem than terrorism in Balochistan,” it added.

A joint investigation team formed by the Balochistan government to look into the major reasons behind rising number of road accidents, also acknowledged that the traffic authorities do not have any mechanism to monitor the speed limit, and fitness of over 8,000 vehicles passing through the highway daily.

To make things worse, the report added, drivers are often unable to see ahead on the sharp curves due to mountainous nature of the area.

The inquiry report recommended immediate expansion of the highway into a two-way road to reduce the number of accidents, often caused by overtaking.

The large Balochistan province, also considered covering parts of neighboring Iran and Afghanistan, is strategically important because of the rich presence of copper, zinc and natural gas but has a poor road infrastructure.

The province has a staggering 40,000 kilometers (24,855 miles) network of roads and highways, but none of them has double-lane.

In April 2019, a passenger wagon collided head-on with a truck that slipped to the other side of Quetta-Karachi Highway due to rain. The massive collision resulted in the death of all nine passengers from the same family who were going to Quetta to attend a funeral.

“This was one of the hundreds of accidents reported in the past few years on this highway but it triggered a public debate demanding the extension of single-lane main highways in the province,” Najeeb Yousaf Zahri, leader of a five-member group — which in March held a “long march” from Karachi to Quetta to press the demand for expansion of highway lanes — told Anadolu Agency.

Sanaullah Baloch, a member of the Balochistan State Assembly echoed a similar view.

“Poor road network is one of the key problems Balochistan has been facing for the last 72 years. It has not only badly hit the local economy and the social fabric, but the national integrity,” said Baloch, an ex Senator and the leader of Balochistan National Party — an ally of Premier Imran Khan’s government.

His party struck a six-point agreement with Khan’s Pakistan Tehreek-e-Insaf after 2018 elections to form the government, of which, the top demand was the expansion of Balochistan’s road network, particularly the Quetta-Karachi Highway.

“If at least this highway is expanded, it will not only significantly reduce the number of accidents but will also improve the national connectivity,” Baloch told Anadolu Agency, adding: “It’s not the CPEC but an improved road network that will lead to economic prosperity in Balochistan”.

Liaquat Shahwani, a spokesman for the Balochistan government also acknowledged the seriousness of the issue.

“Nothing is serious than this issue for Balochistan. People die everyday due to this [poor road network],” Shahwani told Anadolu Agency.

The federal government, he said, had allocated 500 million Pakistani rupees ($3.1 million) for preparation of a feasibility report to improve the road network in the province.

“But we need much more, and immediately. We have requested the federal government for that time and again,” he said.

“But unfortunately, nothing substantial has so far happened”, he added.