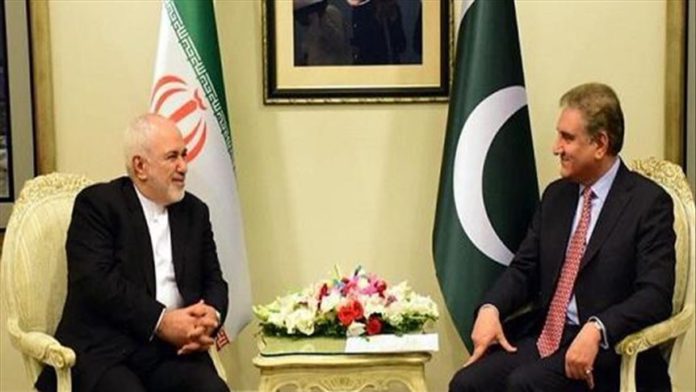 The Pakistani foreign minister met his visiting Iranian counterpart in the capital Islamabad on Wednesday to discuss a string of issues ranging from Islamophobia to Afghan peace talks and the lingering Kashmir dispute.

Iranian Foreign Minister Javad Zarif, who landed in Islamabad on Tuesday night on a two-day visit, joined a meeting between the delegations of the two countries with Pakistan’s Shah Mahmood Qureshi.

According to an official statement by the Pakistani Foreign Ministry, the two top diplomats expressed concern over a rising tide of Islamophobia in some European countries under the guise of freedom of expression.

The two stressed that any “insulting behavior” in the name of freedom of speech cannot be tolerated.

On the ongoing intra-Afghan dialogue, Zarif and Qureshi said that the Afghan leadership has a “rare” opportunity for establishment of peace in the war-torn country, “which must not be wasted.”

The two sides agreed on combined efforts aimed at restoring peace in Afghanistan, apart from the region.

Qureshi, for his part, apprised his Iranian counterpart of the ongoing “human rights violations” in Indian-administered Kashmir. He thanked Iran’s supreme leader Sayyid Ali Khamenei for supporting the just struggle of “oppressed” Kashmiris.

The two sides also discussed ways to improve bilateral trade, border management, and facilities for the pilgrims in addition to bilateral and regional security.

Offering his condolences over the losses of lives in Iran due to coronavirus, Qureshi hailed Tehran’s efforts to contain the outbreak.

According to a statement from the Pakistani military, Bajwa said that enhanced Pakistan-Iran cooperation will have positive impact on regional peace and stability.