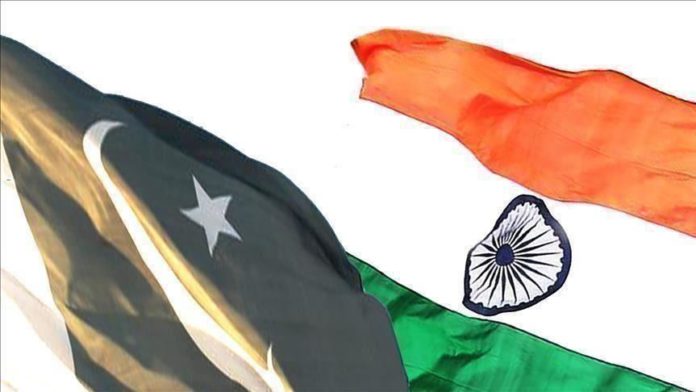 In a statement, Pakistan’s Foreign Ministry accused New Delhi of seeking to divert international attention from its own actions in Indian-administered Jammu and Kashmir.

“Pakistan categorically rejects India’s malicious assertions based on a complete distortion of facts to advance its false and self-serving narrative. Even the remarks of the Prime Minister of Pakistan have been completely twisted. This mischievous attempt is highly condemnable,” said spokeswoman Aisha Farooqui, responding to a statement on Friday by India’s Foreign Ministry.

“The Ministry of Foreign Affairs of Pakistan would do well to recall that their prime minister admitted last year that Pakistan still hosts 30,000 to 40,000 terrorists,” Srivastava was quoted by the NDTV news network as saying.

Farooqui, for her part, said India sought to distort the report to promote anti-Pakistan propaganda, asserting that Pakistan was a principal victim of terrorism.

“Tens of thousands of our citizens have lost their lives, while thousands of our valiant law enforcement personnel have made the ultimate sacrifice in Pakistan’s resolute fight against terrorism. Pakistan’s sacrifices and contribution in combating the scourge of terrorism have been recognized by the international community,” Farooqui said.

She accused New Delhi of destabilizing parts of Pakistan, saying: “Today, the Hindutva-driven saffron terror against India’s minorities, Indian state-terrorism in IOJ&K [Indian-Occupied Jammu and Kashmir] and India’s use of terrorism as an instrument to destabilize its neighbors stands fully exposed.”

“Pakistan had, since the beginning of the Afghan Peace process, alerted the international community about the role of spoilers in the region, who do not wish to see peace, stability and prosperity return to Afghanistan and waste no opportunity to create obstacles in the successful advancement of the peace process,” she said.

Farooqui urged all relevant partner countries to be on guard against such attempts while supporting the process for an inclusive and comprehensive political settlement in Afghanistan.