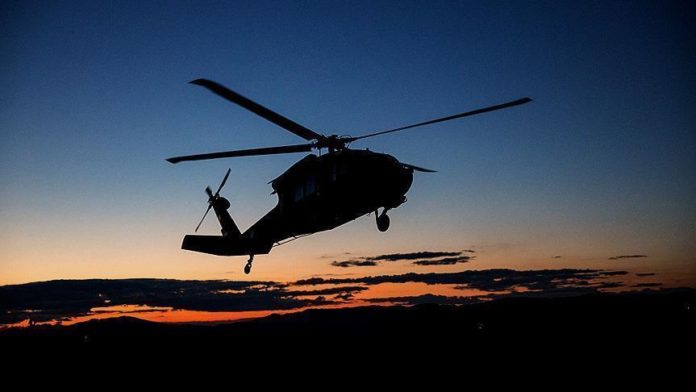 At least four soldiers including two pilots of the Pakistani army were killed in a helicopter crash in the northern areas of the country, the army said on late Saturday.

According to the Pakistani army statement, the helicopter crashed due to technical reasons during a casualty evacuation operation in the Minimarg area of Gilgit Baltistan.

The military chopper was evacuating the dead body of a soldier Sepoy Abdul Qadeer to Combined Military Hospital located in Skardu when it crashed.

In April, this year, two pilots were killed when the army aircraft crashed in the northeastern Punjab province.

Earlier, on Feb. 12, a training aircraft came down near Takht Bhai, some 63 kilometers (39 miles) from Peshawar, the capital of the northwestern Khyber Pakhtunkhwa province.

The pilot managed to eject safely.

On Feb. 7, a Mirage aircraft on a routine operational training mission crashed near the town of Shorkot in Punjab.

The pilot ejected safely and no loss of life or property was reported on the ground.