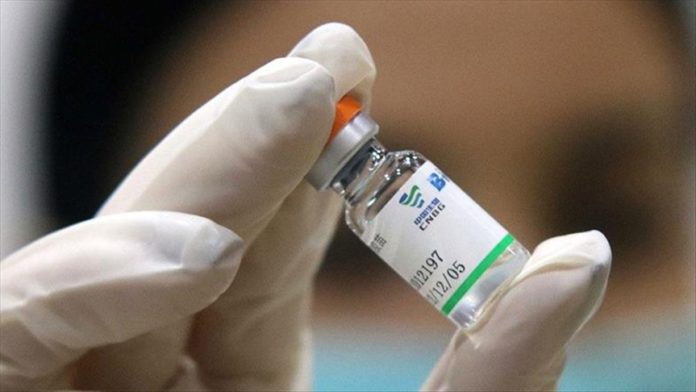 Pakistan will get a third batch of 500,000 doses of coronavirus vaccine from China as a gift, an official said on Tuesday.

Nosheen Hamid, the parliamentary health secretary, told reporters that Beijing will provide another half-million doses of Sinopharm vaccine as a gift in the next few weeks.

China has already donated one million doses in two batches to its longtime South Asian ally.

A Health Ministry official who declined to be named told Anadolu Agency that the promised doses will be delivered by the end of April.

Earlier this year Beijing also provided an unknown number of doses to the Pakistan Army, which it handed over to the government to give vaccines to healthcare professionals and senior citizens.

In addition, Pakistan will receive 15 million doses of the vaccine from Germany under the World Health Organization-led COVAX facility by May, according to Foreign Minister Shah Mehmood Qureshi, who is on an official visit to Berlin.

COVAX is a global initiative that brings together governments and manufacturers to ensure eventual COVID-19 vaccines reach those in the greatest need, whoever they are and wherever they live.

The South Asian country has also approved the emergency use of the UK’s AstraZeneca and China’s CoronaVac vaccines. Both vaccines, however, have yet to be administered.

Islamabad is set to receive “millions of doses” of COVID-19 vaccines in the weeks to come in order to accelerate the country’s sluggish immunization campaign.

The country’s overall caseload has reached 729,920 with 15,619 deaths, according to the Health Ministry.