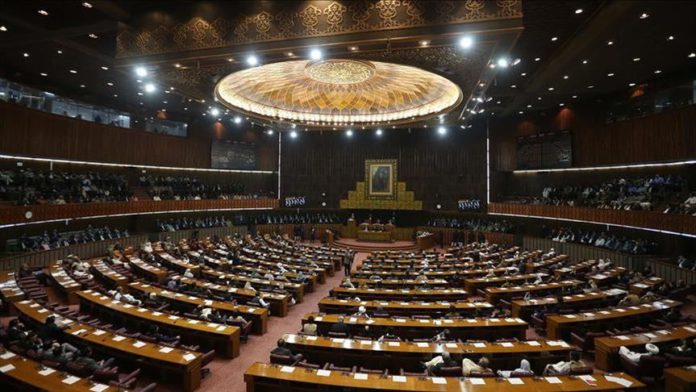 A key partner in Pakistan’s government on Wednesday announced it was quitting the ruling coalition.

The Balochistan National Party (BNP), which has four seats in the 342-member lower house — the National Assembly — left the coalition led by Prime Minister Imran Khan’s center-right Pakistan Tehreek-e-Insaf (PTI), accusing the ruling party of failing to fulfill an agreement it had made during the government’s formation after the 2018 general elections.

The BNP’s demands revolved around various issues being faced by the inhabitants of the country’s southwestern Balochistan province, a key route of multi-billion-dollar China Pakistan Economic Corridor project.

“I am announcing this with a heavy heart that our party is ending alliance with the PTI. But it’s a reality that the government has not fulfilled even a single promise it had made with us, during the last two years,” Sardar Akhtar Mengal, BNP chairman and lawmaker from Balochistan’s Khuzdar district, announced in the assembly.

His party’s departure will not immediately pose an existential threat to the government. It will, however, further reduce the already thin majority of the ruling coalition in the parliament.

Currently, the PTI-led ruling alliance has 180 lawmakers, only eight more than the required simple majority of 172. The ruling party alone has 156 lawmakers in the lower house, whereas the remaining 24 are from several regional parties.

The six-point agreement between the PTI and BNP, according to Mengal, also included the release of “missing persons,” and allocating more state funds for the development of the mineral-rich province.

He claimed that some 500 people had gone missing from Balochistan after the signing of an accord with the PTI in 2018.

Security forces have long been facing a low-intensity rebellion in Balochistan, which according to Baloch separatists, had forcibly been incorporated into Pakistan at the time of the division of United India in 1947.