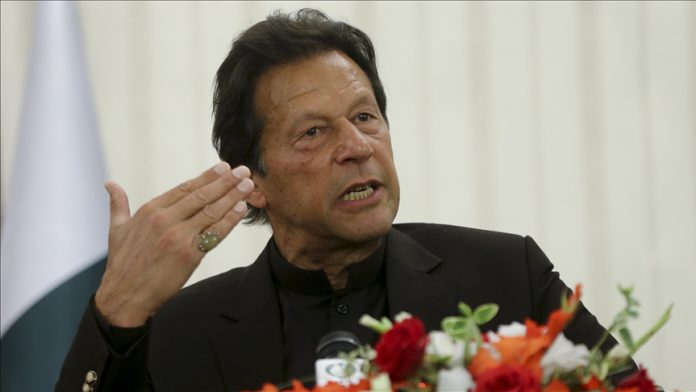 Pakistan’s Prime Minister Imran Khan has criticized the Western media for failing to report on the ground reality in Indian-administered Kashmir, calling it “very hypocritical” and “double-faced.”

Speaking with Chinese journalists on Thursday, Khan said his country’s relations with China are based on trust and they would accept the Chinese version of their program in Xinjiang.

The IIOJK has been turned into a police state with extrajudicial killings, imprisonments, and a ban on media “and yet there is hardly any adverse comment on media. This is what Pakistan finds very hypocritical,” he said while responding to a question regarding western media.

Khan was referring to India’s actions on August 5, 2019, when it took Jammu and Kashmir of its autonomy and partitioned it into two centrally governed territories.

Simultaneously, it locked the region down, detained thousands of people, imposed movement restrictions, and enforced a communications blackout, according to rights group Amnesty International.

Kashmir, a Muslim-majority Himalayan region, is held by India and Pakistan in parts and claimed by both in full. A small sliver of Kashmir is also held by China. Some Kashmiri groups in Jammu and Kashmir have been fighting against the Indian rule for independence or unification with neighboring Pakistan.

While speaking about the current tensions between Washington and Beijing, Khan said putting pressure on his country to change or downgrade its ties with China would not be acceptable.

“Relationship between Pakistan and China is very deep. It’s not just the governments, but it’s a people-to-people relationship,” the premier said.

“Whatever will happen, the relationship between our two countries, no matter what pressure is put on us, is not going to change,” Khan added.

To a question on the US-led coalition Quadrilateral Security Dialogue or Quad, Khan said it is part of great power rivalry in the region that can create problems.

“Pakistan thinks that it is very unfair of the US and other western powers [asking] countries like Pakistan to take sides. Why should we take sides! We should have a good relationship with everyone,” he said.

To counter China’s rising economic and military power, the US is leading a coalition in the Asia-Pacific region called the Quadrilateral Security Dialogue, or Quad, with Japan, Australia, and India as members.