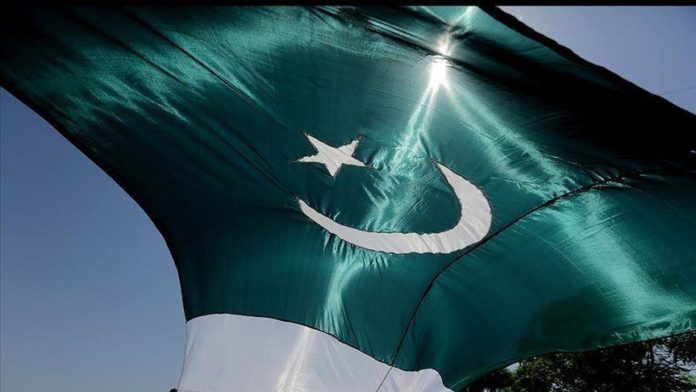 Pakistan has many introductions – a leading cricketing nation, the land of several defunct civilizations and the sixth most populated country in the world.

The second most-populated Muslim nation, just after Indonesia, is home to over 200 million with rich ethnic and cultural diversity.

Yet, the South Asian country, experts say, has missed on reaping the dividend of its unique demography and large population.

“Pakistan is going through a phase of demographic transition, experiencing once-in-a-lifetime opportunity of reaping the demographic dividend as the working-age population bulges and the dependency ratio declines,” said Durre Nayab, a joint director at the Pakistan Institute of Development Economics, a research institute and public policy think-tank in Islamabad.

She told Anadolu Agency that if appropriate policies are not formulated, the demographic dividend can, in fact, be a “cost,” leading to unemployment and an unbearable strain on education, health, and old age security.

“The country can make use of this opportunity through three mechanisms, which are labor supply, savings, and human capital,” she said.

For economic benefits to materialize, she argued, there is a need for policies dealing with education, public health, and those that promote labor market flexibility and provide incentives for investment and savings.

The increasing number of people entering working-age, she said, is acting as a “double-edged sword.”

“If they do not enter the labor force the very logic of demographic dividend is defied, but if they become economically active it poses a big challenge to the country’s economy to provide them gainful employment,” said Nayab.

“This is quite improbable in the absence of sound economic policies and educated and skilled workers,” she said, adding that the “poor” state of education and skill in the country is leading to high unemployment rates, especially among the youth, more so the educated youth, which can lead to instability.

Population recording itself has been a long-running dispute in Pakistan, pitching provinces and communities against each other for their “due share” of national resources based on their numbers.

It also forced the government to delay the census, which, according to the Constitution, is scheduled every five years.

So much so, the definitive figures of the 2017 census were announced in May after more than three years due to objections from two provinces – southern Sindh and northwestern Khyber Pakhtunkhwa – which accused authorities of deliberately reducing their numbers.

The population of the northwestern tribal belt is slightly less than five million.

The commercial capital of Karachi remains the largest city with more than 15 million people, followed by northeastern Lahore with 11 million.

Experts and politicians, however, appear to be skeptical about population figures for Karachi, claiming the city’s actual population is somewhere around 25 million.

More than 106.4 million people in Pakistan are men, while 101.3 are women. Over 60% of the population resides in rural areas.

The fertility rate, he said, also declines as educational and income level of women increases.

Punjab has the lowest fertility rate, mainly because of urbanization, followed by Sindh.

“No single factor is responsible for these trends,” Nayab said. “It is a combination of many socio-economic, cultural and religious factors. Female participation in the labor force, especially those employed in gainful employment, impacts these rates too.”

That, she said, is one reason that the combined action of education, employment and income lowers fertility rates.

With increasing education, employment and awareness norms of a smaller family are gradually becoming acceptable.

“The pace, however, is still slower than in other countries of the region such as India, Iran, Bangladesh, Sri Lanka and Nepal. Only Afghanistan is behind us,” said Nayab.

“The young couples would have fewer children once the opportunity cost of having more kids increases. That is what has been observed in all countries of the region showing a faster fertility decline.”

Many, including government officials​, dub the growing population as one of the key causes of poverty.

However, Anjum Altaf, a former dean at the School of Humanities and Social Sciences, Lahore University of Management Sciences​, sees the assertion as “over-blown” and an evasion from real issues.

“There are a number of problems with this simple proposition. No need to be fooled by arguments about [over] population,” Altaf told Anadolu Agency. “Do ask yourself why China went from a one-child policy to a two-child policy and is now going to a three-child one? If overpopulation is a problem, how did China become a superpower?”

“How is Bangladesh doing so much better than Pakistan along with all economic and social indicators with an equal population, less area, and much fewer natural resources?” he argued.

Population, he said, is not a “very useful” measure by itself simply because it fails to account for the size of the land in which the population resides.

Pointing to a vast Russia and a small Singapore in terms of area, Anjum said the appropriate indicator to use to make valid comparisons is “population density,” which means population per unit of land area.

Nonetheless, he said, simply looking at the population or population density explains “very little” about a society’s problems.

“Just take the examples of Belgium, Pakistan and Somalia. Belgium has a much higher population density, Pakistan is in the middle, whereas Somalia ranks very low. Using this indicator, Belgium is not the one with the most difficulties. Nor does Somalia have the fewest,” he said.