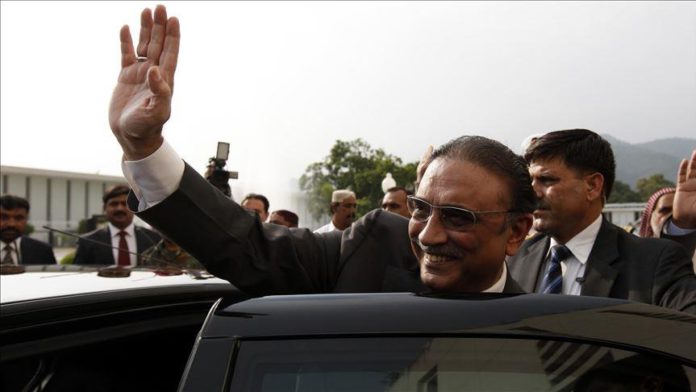 The Islamabad High Court granted permanent bail to the former president, who is also the co-chairman of opposition Pakistan People’s Party (PPP) after the anti-corruption authorities did not object to his plea, according to local broadcaster Dunya News.

He was on pre-arrest interim bail in the case since June 2019.

Zardari, the widower of slain Prime Minister Benazir Bhutto, together with his sister has been charged with money laundering through fake accounts. He denies the charge.

He is also facing inquiries in multiple corruption and money laundering cases involving billions of rupees.

The president served jail terms several times during the period of 1990 to 2004 in different corruption cases, however was proven not guilty.

His son Bilawal Bhutto Zardari, who is also the chairman of the center-left PPP, and other family members are also accused in the cases.