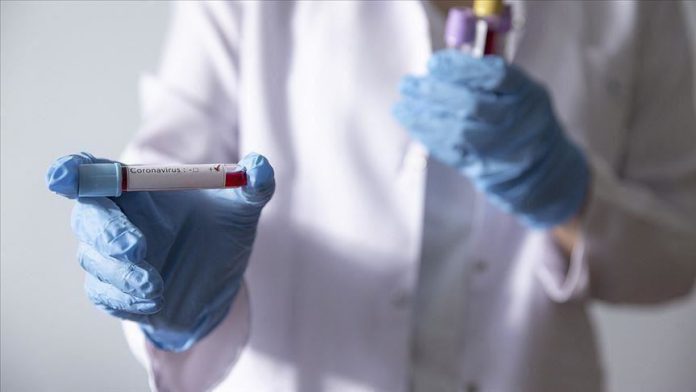 More than 30 doctors are on hunger strike in northeastern Punjab province for two weeks, protesting lack of Personnel Protective Equipment (PPE), said an official on Monday.

More than 150 doctors and health workers have tested positive for COVID-19 and five have died in Pakistan.

“Almost half of nearly 13,000 confirmed cases of coronavirus across Pakistan have been recorded in Punjab. We have been left vulnerable on the frontline without PPEs”, not getting personal protective equipment (PPE), said Salman Haseeb, head of the Grand Health Alliance and Young Doctors’ Association Punjab, told Anadolu Agency.

Protesters are also performing their duties in hospitals while taking turns in the demonstration in front of the Primary & Secondary Healthcare Department.

“More than 200 medical staff, including nurses and paramedics, daily join the hunger strike to show solidarity with the doctors,” Haseeb said.

Almost two dozens of doctors contracted the virus while working in a public hospital in the city of Multan.

On the other hand, Dr. Yasmin Rashid, health minister of Punjab, accused doctors of using this critical time to gain their personal agendas.

“How is this even possible that doctors only in Lahore are not getting the PPEs while it is right now the epicenter? Along with the local production, we have received medical supplies from China and Turkey which is fulfilling our current need,” she said.

Doctors were also seen beaten by the police in Quetta for protesting against authorities.

“Government should not let these matters go out of the hands and solve them immediately. The assistants and families of those doctors who died are now positive of COVID-19.” Dr. Qaisar Sajjad, secretary-general of Pakistan Medical Association, told Anadolu Agency.

“We must stay under the stringent lockdown. The government cannot ignore that doctors are dying while treating the patients without PPEs. Every sane person would support the doctors at this time,” Abid Saqi, vice chairman of Pakistan Bar Council, told Anadolu Agency.

Pakistan reported its highest 24-hour surge in virus cases since the outbreak on Sunday, with the tally at 13,699 cases 283 deaths, and 3,029 recovered.