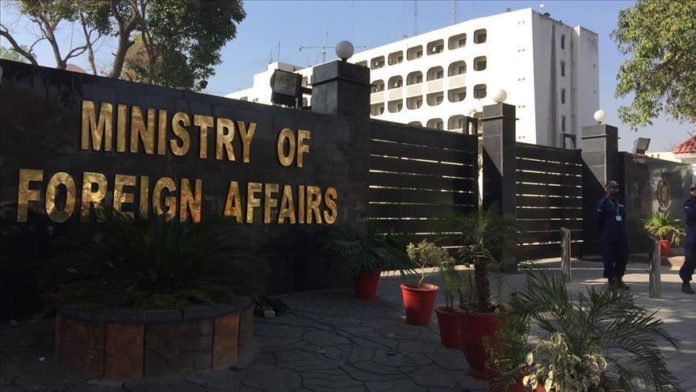 Pakistan on Friday rejected a top Afghan official’s claim that Islamabad has warned Kabul against airstrikes near its border and is “providing close air support” to the Taliban.

“The Afghan side conveyed to Pakistan its intention of carrying out air operation inside its territory opposite Chaman Sector of Pakistan. Pakistan responded positively to Afghan Government’s right to act in its territory,” read the statement.

“In spite of very close border operations normally not acceded to by internationally accepted norms/standards/procedures, Pakistan took necessary measures within its territory to safeguard our own troops and population.”

In a tweet on Thursday, Saleh claimed that Pakistan’s air force had issued an “official warning” to the Afghan side that “any move to dislodge the Taliban from Spin Boldak area will be faced and repelled by the Pakistan Air Force.”

Spin Boldak is strategic border crossing on the Pak-Afghan frontier.

Just days earlier, the Taliban claimed to have captured the important border town, which connects to the city of Chaman in Pakistan’s southwestern Balochistan province.

“Pak air force is now providing close air support to Taliban in certain areas… Afghan aircrafts as far as 10 kilometers from Spin Boldak [are] warned [to] back off or face air to air missiles,” he said.

Pakistan’s Foreign Ministry, however, maintained that the “Pakistan Air Force never communicated anything to the Afghan Air Force.”

The statement said Pakistan had recently rescued 40 Afghan soldiers who fled across the border Pakistan and “returned them … with respect and dignity.”

“We remain committed to peace in Afghanistan and shall continue to endeavour towards this end irrespective of the detractors,” the ministry said.

“It is, however, important that at this critical juncture, all energies are focused on achieving an inclusive, broad-based and comprehensive political settlement in Afghanistan.”

“On Pakistani denial: For over twenty years Pakistan denied the existence of Quetta Shura or presence of Talib terrorist leaders in [sic] its soil. Those familiar with this pattern, Afghan or foreign, know exactly that issuing a statement of denial is just a pre-written paragraph,” he said on Twitter on Friday.

The Afghan government, particularly Saleh and National Security Adviser Hamdullah Mohib, have accused Islamabad of being behind the new wave of Taliban attacks seen in Afghanistan as foreign forces exit the war-weary country.

Pakistan, though, has denied the charges and blames Saleh and Mohib for “sabotaging” the virtually stalled peace process.

Oil up as demand growth aligned with supply ahead of OPEC+...