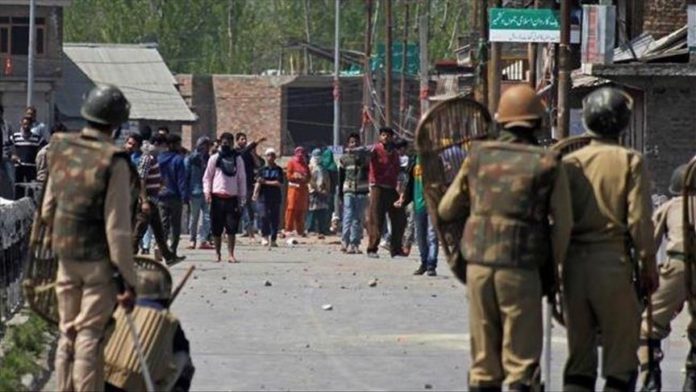 Pakistan on Saturday called for a “transparent” judicial inquiry, under international scrutiny, into the “extra-judicial” killing of three Kashmiris in the Indian-administered Kashmir in July.

In a rare admission of wrongdoing, the Indian army on Friday admitted that its soldiers exceeded their powers during an alleged “staged gun battle” that killed three youths in the Shopian district of the disputed Himalayan region.

The family members of the three missing cousins, 25-year-old Imtiyaz Ahmed, 20-year-old Mohammad Ibrar, and 16-year-old Abrar Ahmed had alleged that the Indian army killed the trio in a staged gunfight and passed them off as militants.

“As the world community is aware, since its illegal and unilateral actions of 5 August 2019 in IIOJK [Indian illegally occupied Jammu and Kashmir], India has taken its brutalization of innocent Kashmiris to a new level,” said a statement by the Foreign Ministry.

More than 300, mostly young, Kashmiris have been “extra-judicially” killed by the Indian forces in “fake encounters” and staged “cordon-and-search” operations during the past year, it added.

“Pakistan has been consistently sensitizing the world community, including the United Nations and the international human rights organizations, about India’s serious crimes against the Kashmiri people,” the statement said, adding: “The Indian Army’s statement of 18 September is an acknowledgement that Indian occupation forces are guilty of war crimes in IIOJK.”

Holding the ruling Bhartiya Janata Party (BJP) leadership “directly responsible for crimes” against the Kashmiri people, it said no illegal and inhuman acts can provide impunity against the crimes that are being perpetrated in the disputed valley.

“India should be well-aware that use of brutal force, including extra-judicial killings, enforced disappearances, torture in custody, use of pellet guns, burning and destruction of Kashmiris’ houses to inflict collective punishment, cannot break the will of Kashmiri people in their just struggle for the inalienable right to self-determination,” it went on to charge.

“The international community must take immediate cognizance of the 18 July 2020 episode in IIOJK as well as other acts indicative of the RSS [the Rashtriya Swayamsevak Sangh party]-BJP regime’s genocidal tendencies and hold it accountable for continuing crimes against the Kashmiri people,” the statement concluded.