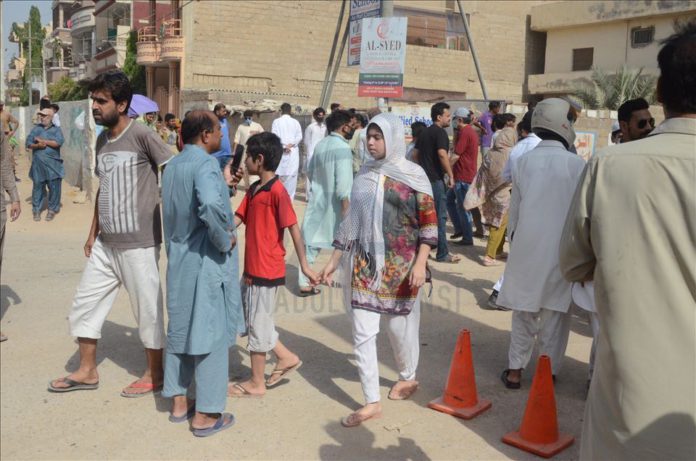 At least 17 people were killed as a Pakistan International Airlines (PIA) plane with 99 passengers and crew onboard crashed in the southern port city of Karachi on Friday, officials and local media reported.

Earlier, the Civil Aviation Authority (CAA), a state-run body that regulates air travel, put the number of passengers and crew at 107.

The PIA, however said 91 passengers, and eight crew members were on board.

The flight PK-8303, traveling from northeastern Lahore city, crashed near Jinnah International Airport while landing, the Civil Aviation Authority confirmed in a statement.

Dr. Seemi Jamali, the executive director of Jinnah Postgraduate Medical Center, told Anadolu Agency that 17 bodies have been brought to the hospital.

Rescuers at the site told reporters that at least 20 bodies had been pulled out of the rubble, whereas dozens were still trapped.

According to the Health Department, 15 people were also injured, mostly the area residents who got injuries after the plane fell on their houses.

An official who chose anonymity told Anadolu Agency that “many” are feared dead.

So far, Zafar Masood, the country’s top banker, is the only person confirmed to have survived the crash. Masood’s condition was stated stable by doctors.

The crash occurred days after the resumption of domestic flights following the lifting of a month-long lockdown imposed to curb the spread of the coronavirus.

The last contact between the pilot and the control tower aired on Geo TV suggested that the crash was a result of an engine fault.

Gul’s last word was “roger” in response to the control tower’s directive that two runways are open for an emergency landing.

“Shocked, and saddened by the PIA crash. [I] Am in touch with PIA CEO Arshad Malik, who has left for Karachi, and with the rescue, and relief teams on the ground as this is the priority right now. The immediate inquiry will be instituted. Prayers & condolences go to families of the deceased,” Khan said in a Twitter post.

*Kiran Butt from Lahore also contributed to this story