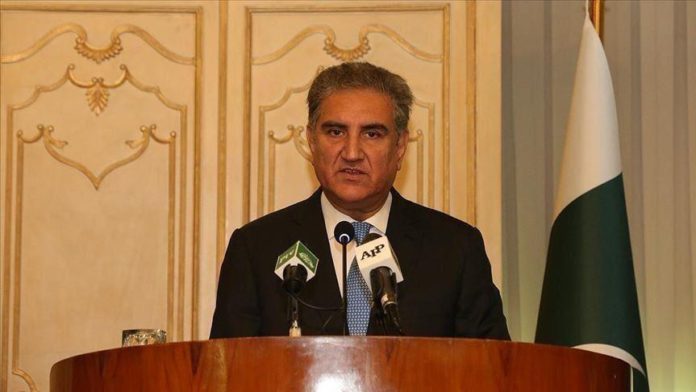 Pakistan on Saturday decried an international money watchdog’s decision to keep the country on its gray list, insisting there is no justification for the move.

“We have to decide whether the FATF (Financial Action Task Force) is a technical forum or a political (one). We have to see whether or not the forum is being used to serve political motives,” Foreign Minister Shah Mahmood Qureshi said in a statement.

However, he added one “key issue” of the action plan still needs to be completed, namely the investigation and prosecution of senior leaders of UN-designated terror groups.

He was referring to militant groups such as Jamaat ud Dawah (JuD), and Jaish-e-Mohammad (JeM), which have already been outlawed by the UN and Pakistan.

But Qureshi argued that the watchdog itself has “acknowledged that 26 out of 27 points have been implemented, whereas progress has also been made on the remaining one point.”

“Therefore, in my opinion, there is no room for further keeping Pakistan on the gray list,” he added.

Qureshi pointed the finger at “some powers” who want Pakistan to stay on the gray list, a slightly veiled reference to the US, which some analysts say uses its influence over the 36-nation money-laundering watchdog as leverage to pressure Islamabad, mainly on the issue of neighboring Afghanistan.

The US was among the countries that voted to keep Pakistan on the gray list.

“Anti-terrorism and anti-money laundering steps are in Pakistan’s own interest, which we will continue to take,” Qureshi said.

Islamabad has been on the global money-laundering watchdog’s radar since June 2018, when it was placed on its gray list for terrorist financing and money laundering risks after an assessment of the country’s financial system and security mechanism.

The South Asian nuclear nation has since thrice escaped being placed on the watchdog’s financial crime blacklist with the support of Turkey, China, and Malaysia.

In recent years, Islamabad has taken some major steps under the plan, including strict checks on opening new bank accounts and banning foreign currency transactions without a national tax number, and currency changes of up to $500 in the open market without proper identification.

In addition, Pakistan has also proscribed several militant groups and seized their assets, including JuD and JeM – the groups blamed for several terrorist attacks such as the 2009 deadly Mumbai attacks killing over 150 people.

Last year, an anti-terrorism court sentenced Hafiz Mohammad Saeed, the chief of the JuD, to 11 years in jail in two terror-financing cases – a development widely seen as an attempt to woo members of the watchdog.