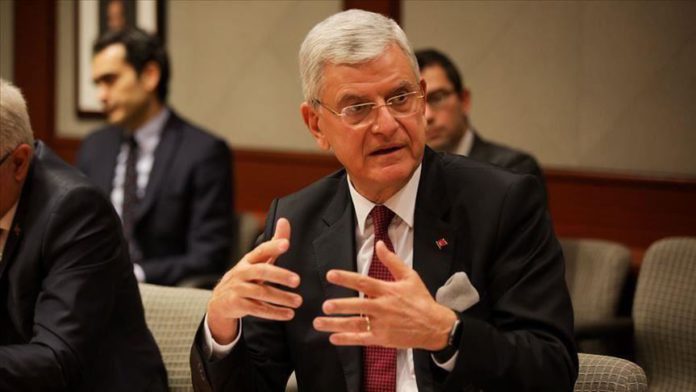 Pakistan on Thursday congratulated Turkey’s Ambassador Volkan Bozkir for his election to the position of the presidency of the next session of the United Nations General Assembly.

“We warmly congratulate Ambassador Volkan Bozkir of Turkey on his election as the President of the 75th Session of United Nations General Assembly,” said Aisha Farooqui, spokeswoman of the Foreign Ministry.

She also congratulated Ireland, Norway and Mexico on their election as non-permanent members to the United Nations Security Council for a two-year term commencing from Jan. 1, 2021.

Noticeably missing from the Foreign Ministry statement was any mention of India, Pakistan’s arch-rival, which was also elected as a non-permanent member of the UN Security Council.

Netanyahu at political impasse ahead of elections