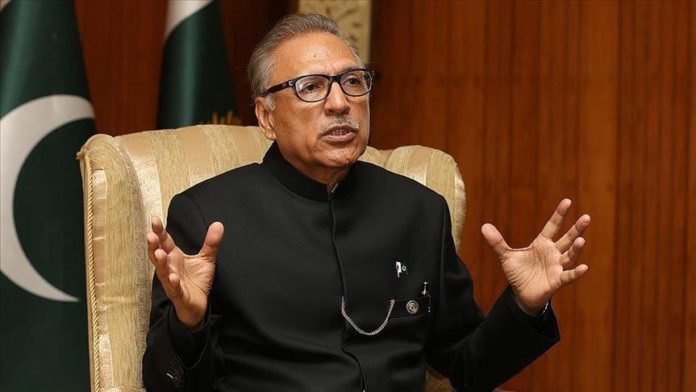 Pakistan’s president on Saturday congratulated Turkey over the natural gas discovery in the Black Sea.

“I must congratulate our friends, President @RTErdogan and the people of Turkey, on their biggest natural gas discovery in the Black Sea. Friends revel and rejoice in the happiness and prosperity of friends. Mashallah,” Arif Alvi said in a Twitter post.

I must congratulate our friends, President @RTErdogan and the people of Turkey, on their biggest natural gas discovery in the Black Sea.

Friends revel and rejoice in the happiness and prosperity of friends. Mashallah.

The development remained one of the top trends “HayirliOlsunTurkiye– #PakGreetsTurkey” on Twitter and other social media sites, with users congratulating Ankara over historic discovery.

The size of the discovery dwarfs all the natural gas Turkey has ever produced – 16.6 billion cubic meters – by twenty-fold, and is expected to create $65 billion in economic value.

Imran Khattak, a ruling party lawmaker, and chairman of the National Assembly’s Standing Committee on Energy, also congratulated the people of Turkey.

In a Twitter post, Khattak said: “Congratulations to Turkish people on the discovery of a large natural gas reserves off the Black Sea coast. It’s a good news that would usher in a ‘new era’ for the energy dependent country.”

Senator Siraj-ul-Haq, chief of the country’s mainstream religious party, Jamaat-e-Islami, termed the development “beginning of a new era” for Turkey.

“Happy to hear this good news regarding discovery of large natural gas reservoir off the Black sea coast. I congratulate President Recep Tayyip Erdogan, government and the people of Turkey over this great blessing of Allah,” Haq said, while speaking to Anadolu Agency.

“Prayers of oppressed Muslims around the world are with President Erdogan and Turkey, who always raises voice for them,” he added.