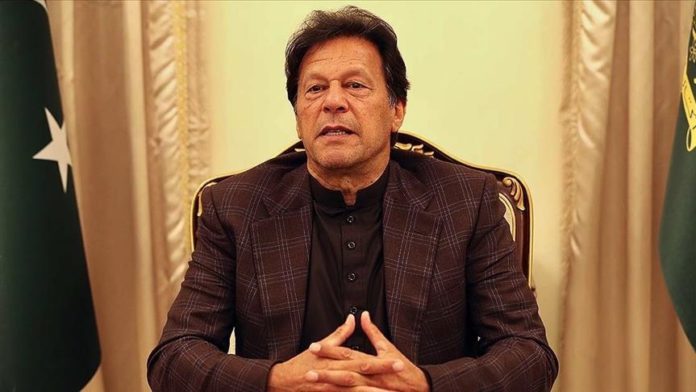 In a letter addressed to Prime Minister Hasina, Khan said the centenary events to commemorate the late Prime Minister Sheikh Mujib ur Rahman were reflective of the deep affection and esteem in which he is held by herself and the people of Bangladesh.

“On my own behalf, and behalf of the Government and people of Pakistan, I have great pleasure in extending our felicitations on the 50th anniversary of the People’s Republic of Bangladesh,” Khan wrote.

The ten days of grand celebration in Bangladesh, which started on March 17, ended on Friday following Independence and National Day.

Prime Minister Khan said his country deeply values its fraternal ties with Bangladesh, “which are based on shared history, common faith, and convergent interests in promoting lasting peace and security as well as sustainable prosperity in our region and beyond.

“The centenary and the Golden Jubilee of Bangladesh remind us of the far-sighted vision of reconciliation and friendship between our two peoples, so dearly cherished by the leaders of Pakistan and Bangladesh. Pakistan remains a sincere partner in the fullest realization of this vision,” he added.

He stressed the need to jointly work for a better future for the peoples of both countries and further strengthen ties.

Khan also extended an invitation to Hasina to visit Pakistan and said her visit would open a new chapter in their countries’ fraternal relations.

The move came after Hasina sent a congratulatory letter to her Pakistani counterpart on Tuesday on Pakistan Day, commemorating the adoption of an independence resolution for the country, commonly known as the Pakistan Resolution.

In her letter, she congratulated Khan on his country’s National Day and said her government is committed to “peaceful and cooperative” relations with Pakistan.

Since the independence of Bangladesh (then East Pakistan) from Pakistan in December 1971 following a nine-month bloody war, the relationship between the two South Asian Muslim states has passed required courses with ups and downs.

In recent years, already icy relations between the two worsened with the conviction and subsequent execution in Bangladesh of several members of the Jamaat-e-Islami group and main opposition Bangladesh Nationalist Party leaders by a controversial local tribunal on accusations of committing atrocities during the 1971 War of Independence.

Bilateral ties, however, have seemingly improved as Dhaka follows its constitutional “friendship to all and malice to none” diplomacy with Islamabad in recent months.

In a video message, Johnson congratulated Hasina and Bangladesh’s people on their 50th anniversary.

“The bond between our two nations is incarnated by the 600,000 strong British-Bangladeshi community, who contribute so much to our country,” he added.

Many injured as Israel breaks up Palestinian protest