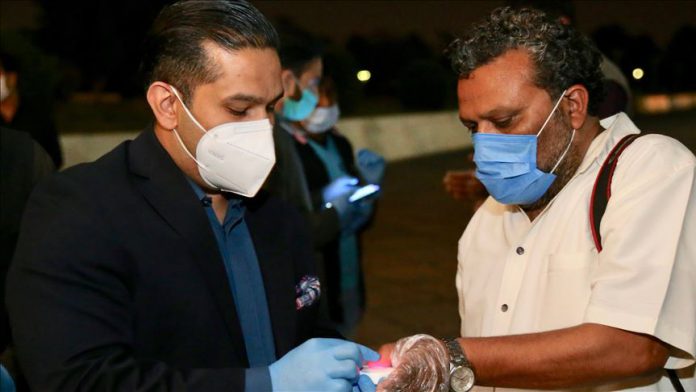 Pakistan’s top health official has said the intensity of the spread of COVID-19 pandemic in the country is not as severe as in other parts of the world.

State Minister for Health Zafar Mirza, while briefing Prime Minister Imran Khan and other Cabinet ministers late Monday, said, so far, the intensity of the spread of the virus is lower compared to other countries in the world.

“As compared to other countries, the number of confirmed cases and death ratio is less than those of other parts of the world,” Mirza said, according to a statement issued by the prime minister’s office.

But the official data showed that new cases in the country are raising day by day as confirmed cases passed the 14,000 mark on Tuesday.

According to the Health Ministry, 751 new cases were confirmed during the last 24 hours, brining the total number of cases to 14,079, while 16 more fatalities in a day raised the death toll to 301.

India has so far reported 29,451 cases with 939 deaths, while 7,137 people have recovered so far, according to the data by US-based Johns-Hopkins University.

Death ratio in confirmed cases in India is over 3%, while recovery ratio stands at 24.2%.

In Pakistan, the death ratio was recorded to stand at 2.1%, while recoveries at 23%.

According to Pakistani Health Ministry, so far 3,233 people have successfully recovered and discharged from hospitals across the country.

The northeastern Punjab province, which accounts for more than half of the country’s population, is the worst-hit area in Pakistan with more than 5,640 cases.

The southern Sindh province has over 4,956 cases, the northwestern Khyber Pakhtunkhwa recorded nearly 1,984 cases, and the southwestern Balochistan province registered 853 cases, according to the ministry data.

The northern Gilgit-Baltistan region accounts for 320 of the country’s total cases, while the capital Islamabad has 261, and Azad Jammu and Kashmir recorded 65 cases so far.

Lahore city, the capital of Punjab province, is so far the worst-hit city, with 27.31% of the total confirmed cases, while the southern port city of Karachi stands second with 13.51% of total number of infections.

After emerging in Wuhan, China last December, the coronavirus known as COVID-19, has spread to at least 185 countries and regions.

The World Health Organization has declared the coronavirus outbreak a global pandemic.

The number of confirmed cases worldwide has now surpassed 3.04 million, while the death toll is above 211,100 and more than 894,300 have recovered, according to data compiled by US-based Johns Hopkins University.

Despite the rising number of cases, most people who contract the virus suffer only mild symptoms before making a recovery.

FETO tried to oust Turkish gov't with money made in US:...