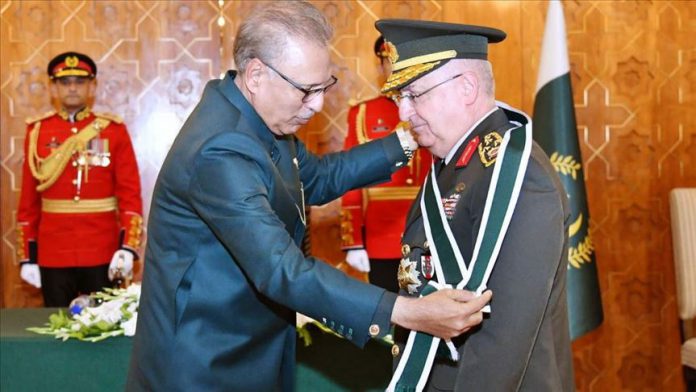 President Arif Alvi conferred Nishan-e-Imtiaz or Order of Excellence — a highly restricted and prestigious military award — on Gen. Guler at a special investiture ceremony at the President House in capital Islamabad.

Alvi, according to PTV, thanked for Turkey’s support to Islamabad on different international forums, including the Nuclear Suppliers Group, Financial Action Task Force, and also for its position on the UN