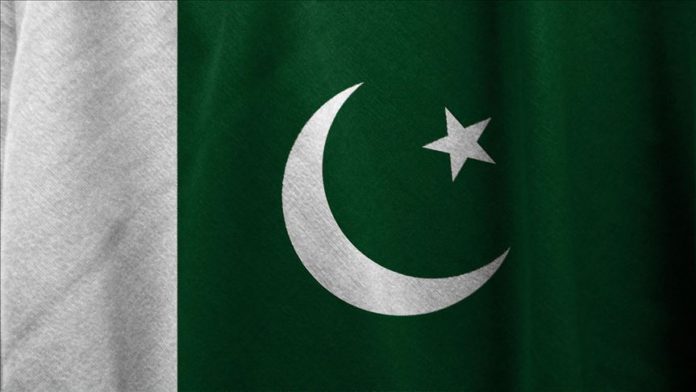 Pakistan on Wednesday reiterated its condemnation of construction of a Hindu temple on the site of 16th-century Babri Mosque in neighboring India, following a controversial judgment given by the Indian Supreme Court last November.

The condemnation came hours after Indian Prime Minister Narendra Modi laid a 40 kilogram silver brick, marking the beginning of construction for a grand Ram temple at the site of Babri Mosque in India’s northern city of Ayodhya, according to Indian media.

“The flawed judgment of the Indian Supreme Court paving the way for construction of the temple not only reflected the preponderance of faith over justice but also the growing majoritarianism in today’s India, where minorities, particularly Muslims and their places of worship, are increasingly under attack,” said a statement from Pakistan’s Foreign Ministry.

A temple built on the site of a historic mosque, it observed, would remain a “blot on the face of the so-called Indian democracy” for the times to come.

“The painful scenes of the demolition of Babri Masjid by BJP [Bharatiya Janata Party] and its extremist Hindu affiliates in 1992 remain fresh in the minds of Muslims across the globe.

“Since then, the OIC [Organization of Islamic Cooperation] has passed numerous resolutions condemning the heinous act of demolishing the centuries-old mosque,” the statement said, adding: “Future generations of Muslims would continue to be cognizant of the new illegitimate structure which the Hindutva-driven BJP has campaigned for, and is bent upon constructing as part of its agenda of converting India into a ‘Hindu Rashtra.’ Today’s event in Ayodhya reflected an unrelenting drive in this direction.”

“The extreme haste in starting construction of a temple at the Babri Mosque site amid the ravaging COVID-19 pandemic, anti-Muslim Citizenship Amendment Act, the looming National Register of Citizens to disenfranchise Muslims, the targeted killings of Muslims in Delhi with state complicity early this year, and other anti-Muslim measures point to the fact how Muslims in India are being demonized, dispossessed, marginalized, and subjected to targeted violence,” the statement stressed.

“India’s gross and systematic human rights violations in the Indian Illegally Occupied Jammu & Kashmir, and BJP’s sinister design to change the demography of the occupied territory, all reflect the rising tide of the divisive and extremist ideology in India which poses threat to religious harmony in India and to regional peace,” it further said.

Islamabad urged New Delhi to ensure “safety, security and protection of minorities”, particularly Muslims and their places of worship and other Islamic sites on which “the Hindu extremists and zealots have laid claims.”

“The international community, the UN, and relevant international organizations should play their part in saving the Islamic heritage sites in India from the ‘Hindutva’ regime and ensure protection and religious rights of minorities in India,” it concluded.

The Babri Mosque was demolished by hardline Hindu mobs in 1992.

Then-Prime Minister Pamulaparthi Venkata Narasimha Rao had pledged to rebuild the mosque in a televised address to the nation.

However, the Indian Supreme Court last November handed the site of the historic mosque to Hindus for the construction of a temple following a prolonged legal battle.

The court also ruled that a “suitable” 20,234-square-meter (5-acre) plot of land would be allotted to the Sunni Waqf Board either by the central government or provincial government to build a new mosque.