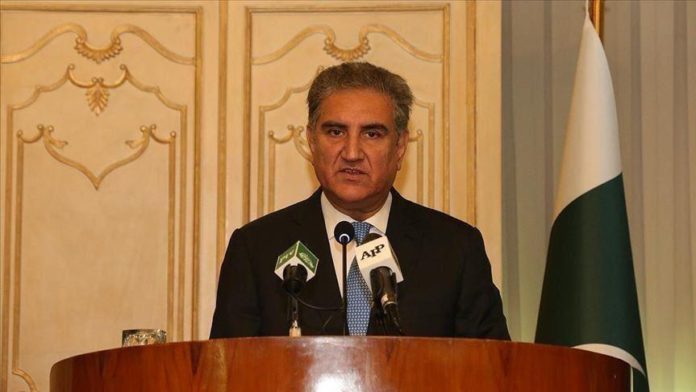 Seeking to pre-empt any possible escalation of conflict, Pakistan has claimed its archrival India is planning surgical strikes against Islamabad.

Qureshi, who is on a two-day trip to the Gulf nation, said: “I have learnt through our intelligence sources that India is planning a surgical strike against Pakistan. This is a serious development.”

“India has tried to seek tacit approval from important players who they consider to be their partners,” Qureshi said. “This is being planned by India to divert attention from serious internal issues.”

According to Yusuf, “India is deeply unnerved because its acts of aggression against Pakistan through state-sponsored terrorism and blatant disinformation-based propaganda have been exposed.”

“India’s desperation has reached absurd levels if they think they can strike a united and proud nation that is a nuclear power. We have informed the world that we know exactly what India wants to do. We also know that some capitals were already aware.”

“We remind the world that peace is a collective responsibility,” Pakistan’s national security advisor said, urging the international community to “prevent India from destabilizing the region in its attempt to divert attention from its domestic troubles.”

“Let there be no doubt that Pakistan stands for peace but if provoked, our armed forces are fully prepared to thwart any aggression on our homeland and teach our enemy the lesson they deserve,” he added.

Pakistani Foreign Ministry spokesman Zahid Hafeez Chaudhri warned that any military conflict between Pakistan and India would also seriously undermine prospects for peace in Afghanistan, with all the responsibility falling on India.

“If any ill-considered misadventure is resorted to, it will face an assured notch-up military response from Pakistan,” he told reporters at a weekly briefing.

“Such a scenario will, however, seriously destabilize the region with catastrophic consequences. This has been shared with important world capitals.”

A file recently released by Pakistan leaves no doubt about Indian state sponsorship of terrorism, he added.

“We also warn the Indian political and military leadership to know that their mindset and sinister designs are well known to us and our valiant armed forces stand ready to respond forcefully and effectively,” he said.

In the interest of regional peace and security, India would be well advised to desist from any misadventure, he stressed.