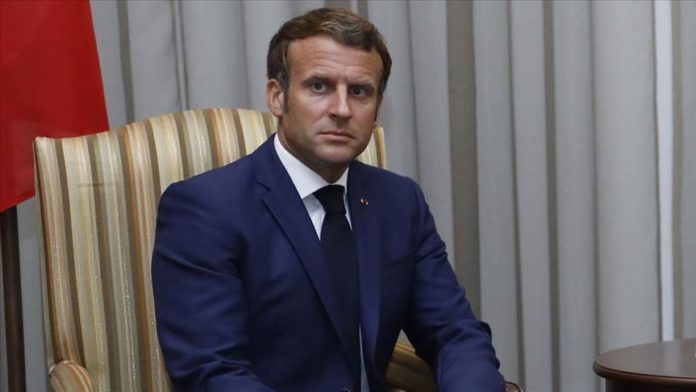 Pakistan on Monday summoned the French ambassador to Islamabad and conveyed deep concern over republication of blasphemous caricatures and “irresponsible” statements of French President Emmanuel Macron against Islam.

In a statement, Pakistan’s Foreign Ministry said the ambassador of France to Pakistan was called to the Ministry of Foreign Affairs Monday and conveyed deep concerns over the recent systematic resurgence of blasphemous acts of republication of caricatures of Prophet Muhammad and desecration of the holy Quran by certain irresponsible elements.

“It was underscored that such illegal and Islamophobic acts hurt the sentiments of Muslims across the world, including those in Pakistan. Furthermore, such actions could not be justified in the name of freedom of expression,” said the statement.

“Such provocative statements and actions were fanning inter-religious hatred, hostility and confrontation thereby imperiling efforts of peace and harmony among various segments of society,” said the Foreign Ministry.

The ministry reiterated that freedom of expression should not be misused as means to attack or hurt public sentiments or religious beliefs and fan inter-religious hatred, hostility and confrontation.

It was emphasized that such actions and statements would further divide peoples and civilizations and undermine the global aspirations for peaceful co-existence as well as social and inter-faith harmony.

“At a time of rising racism, intolerance and populism, there is a need to promote harmony among peoples and communities instead of reinforcing stereotypes and making people alienated,” the Foreign Ministry concluded.

Earlier this month, Macron described Islam as a religion “in crisis” and announced plans for tougher laws to tackle what he called “Islamist separatism” in France.

He condemned the murder of a French teacher who showed cartoons of Prophet Muhammad in class, but said France would “not give up our cartoons.”

Many countries have also called for a boycott of French products.

US 'disappointed' by NKorea cutting dialogue with South