TurkishPress
Home News 'Pakistan can be partners with US in peace, but never in conflict' 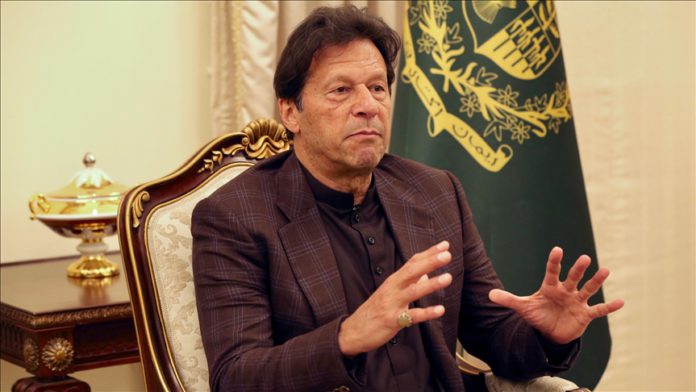 Regretting Pakistan’s participation in the US war in Afghanistan, Prime Minister Imran Khan on Wednesday said Islamabad will no longer be a partner with Washington in conflict.

“We can be partners (with the US) in peace, but never in conflict,” Khan said, referring to Washington’s reported demand for bases on Pakistan’s soil to operate its counter-terrorism operations inside Afghanistan after the pullout of the foreign forces from the war-raked country.

Addressing the parliament’s budget session, Khan, who has long been an ardent critic of Pakistan’s joining of the war in Afghanistan, said as a Pakistani, he never felt more “insulted” than when Islamabad decided to join the “US war on terror.”

“We decided to become a front-line state in America’s war on terror. I questioned repeatedly, what did we have to do with that war?” he further said, urging the nation “to remember that period forever and the idiocy of the policies at the time.”

“It was the darkest period of our history when we did not know which country was our friend and which was not,” he went on to say, adding: “Have you heard of a friendly country carrying out attacks and drone strikes in your country?”

He was referring to the hundreds of US drone strikes on Pakistan’s northwestern tribal belt from 2004 to 2018 which had been carried out under a tacit deal between the then military ruler Gen. Perez Musharraf and Washington. Islamabad denied any such deal.

Khan said Pakistan had sent its army to the tribal region on the US’ “order.”

“They were our people. What was the result of that?” he questioned. “I was called Taliban Khan when I said this was wrong,” he went on to say.

Citing the killing of Al-Qaeda chief Osama bin Laden in a US Navy Seals raid in the northwestern garrison city of Abbottabad in 2011, Khan said the event had “dented the nation’s self-esteem and Pakistanis became ashamed of themselves.”

“The overseas Pakistanis hid their faces after that raid as our ally did not trust us enough to carry out the attack,” he went on to argue.

Khan said “very tough” times are ahead for Islamabad following the US pullout from Afghanistan.
He said that Washington had requested Pakistan to bring the Taliban to the negotiating table after it realized that there was no military solution to the conflict in Afghanistan.

“What leverage do we have? We can only tell them [the Taliban] that if you go [towards military activity] then there will be a civil war,” he maintained.

“We do not want to have any favorites in Afghanistan. Whoever Afghan people choose, we are with them,” Khan said.

In December 2018, Islamabad arranged direct talks between Washington and the Taliban, paving the way for the 2020 peace deal.

Under the peace deal, 2,500 US troops plus a further 7,000 from NATO allies would gradually leave the country by Sept. 11 this year.