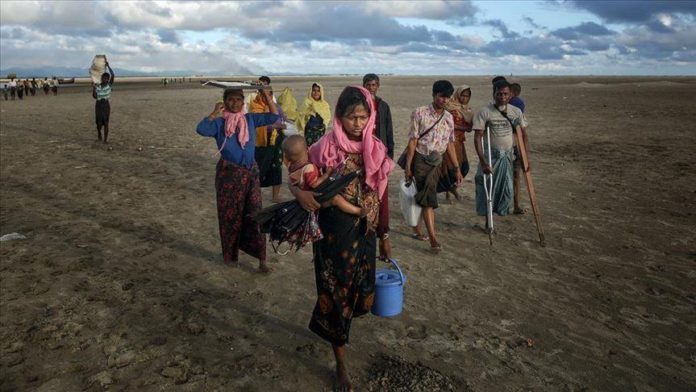 Pakistan on Wednesday urged the international community to work together to “mitigate” the simmering Rohingya crisis.

Expressing grief over the deaths of more than a dozen Rohingya refugees after a massive fire swept through a shelter camp in Bangladesh’s Cox’s Bazar earlier this week, Pakistan’s Foreign Ministry Spokesman Zahid Hafeez Chaudhry said the incident is a “sad reminder of continued sufferings of Rohingya Muslims.”

At least 55,000 refugees were affected by the fire in the camps as over 10,000 shelters became unusable.

A field hospital built by Turkey in the refugee camp was also become inoperable due to the massive fire that killed at least 15 refugees and injured over 550.

The crowded camp currently houses 1.2 million Rohingya, most of whom have fled a crackdown by the Myanmar military in 2017.

The fire incident came at a time when there is growing frustration among Rohingya refugees over the Bangladesh government’s attempt to relocate them to a remote island in the Bay of Bengal.

Amid opposition by UN agencies, the government has relocated 14,000 people to the Bhasan Char island, which is prone to natural disasters.

In the first phase, the government wants to relocate 100,000 refugees on the island.

Trump impeached: what comes next in Senate trial?