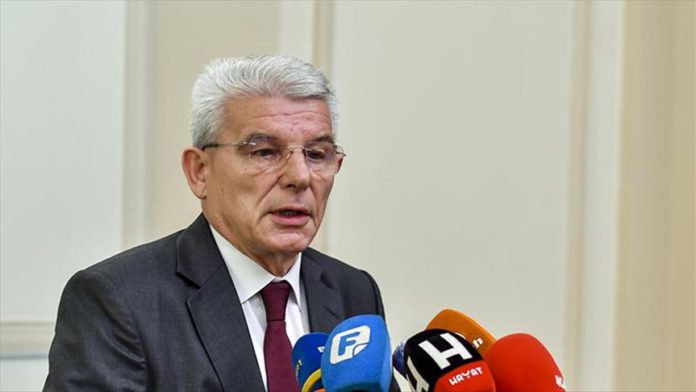 Sefik Dzaferovic, Bosniak member of the tripartite presidency of Bosnia and Herzegovina, on Wednesday met top Pakistani officials in the capital Islamabad to discuss the rising wave of Islamophobia and the lingering dispute of Jammu and Kashmir.

Addressing a joint press conference after the meeting, the two leaders said they have discussed a variety of issues, including the rising trend of Islamophobia, ways to boost the bilateral trade volume, and cooperation in other sectors.

“We have discussed the publication of blasphemous caricatures in France,” Khan said, referring to the insulting cartoons on Prophet Muhammad which have drawn the ire of Muslims around the world.

“No one has the right to hurt the feelings of millions of Muslims in the name of freedom of expression. We outrightly condemn this [move],” he added.

Khan thanked Bosnia and Herzegovina for its “consistent” support to Islamabad on Jammu and Kashmir.

On trade and business, he said the two sides inked several agreements and memoranda of understanding.

“Our trade stands at 4.5 million euros – which is nothing. So we had meetings today and will continue to have meetings to improve our trade and cooperation in various fields,” he said.

He also accepted Dzaferovic’s invitation to visit Bosnia and Herzegovina.

“Bosnians have a very special place in our heart as they have faced tragic times in the 1990s, ” he said referring to genocide of Bosnian Muslims by Serbian security forces, including the 1995 Srebrenica genocide.

Dzaferovic, for his part, praised the role of Pakistani troops in the UN peacekeeping forces stationed in Bosnia and Herzegovina in the 1990s.

Stressing for protection of human rights in the Indian-administered Kashmir, Dzaferovic called for a “peaceful” resolution in accordance with the UN resolutions, according to the report.

Qureshi said the two countries have always stood alongside each other in testing times.

Pakistan, he said, wants to expand relations with Bosnia and Herzegovina in trade, education, culture and people to people contacts.

Stowaway found alive in plane's wheel section after traveling for 11...