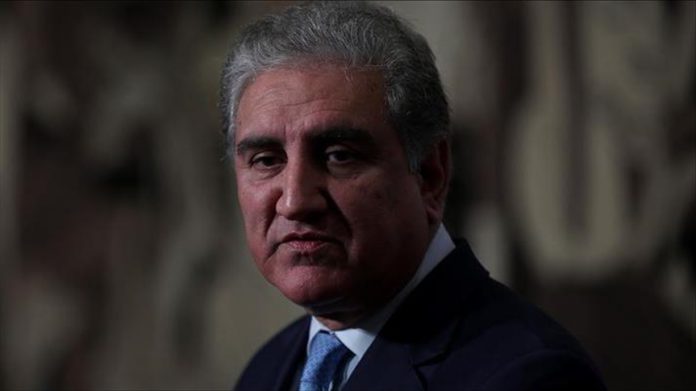 Pakistan’s Foreign Minister Shah Mehmood Qureshi has claimed that the Indian government issued over 1.8 million bogus domicile certificates to non-Kashmiris as part of New Delhi’s plan to change the demographic structure of the occupied territory.

Speaking at an event organized by the Islamabad-based think-tank Institute of Regional Studies on Wednesday, Qureshi said the Indian design in the occupied territory is a direct violation of the resolutions of the UN Security Council and international law, including the 4th Geneva Convention.

“In its march towards this illegal and inhuman end, the BJP [Bharatiya Janata Party] government has already issued over 1.8 million bogus domicile certificates to non-Kashmiris to settle them in the IIOJK [Indian Illegally Occupied Jammu and Kashmir] to undermine the plebiscite in accordance with the UNSC resolutions,” Qureshi said.

A domicile certificate is a form of right of citizenship, entitling a person to residency and government employment in the region, which was reserved until Aug 5, 2019, for the local population.

When India revoked the semi-autonomous status of the region on Aug 5, 2019, the local special citizenship law, guaranteed under Article 35A of the Indian Constitution was also scrapped.

The law prohibited outsiders from settling and claiming government jobs, including Indian nationals, to maintain the demographic balance.

“We [Pakistan] will not let anyone take away Kashmir from the Kashmiris. This cause and the struggle is just, sacred and non-negotiable,” the foreign minister said.

Praising the struggle of the Kashmiri people, Qureshi said the Kashmiris have made it crystal clear with their supreme sacrifices that Jammu and Kashmir are not India’s so-called “integral part.”

“Over 300 innocent Kashmiris have been martyred by the Indian occupation forces since Aug. 5, 2019. The extra-judicial killings of young Kashmiris in fake ‘encounters’ and staged cordon-and-search operations have become a regular occurrence in the IIOJK.” he said.

Over 900,000 occupation troops have perpetuated the worst reign of terror against the innocent Kashmiris, he added.

Meanwhile, Senator Sirajul Haq, the head of Jamaat-e-Islami (JI), Pakistan’s main religious-political party warned that Kashmir is the most important issue in the world between the two nuclear powers and that if it is not resolved according to the aspirations of millions of Kashmiris, peace in the region will be in grave danger.

Addressing a conference on Kashmir in the capital Islamabad, Haq demanded of Prime Minister Imran Khan to appoint a permanent deputy foreign minister whose duties are limited to Kashmir only.

The JI began observing the “Kashmir Day” in 1990, and since then Pakistan and Kashmiris around the world have been observing the 5th of February as the “Solidarity Day” with the pro-independence movement in Jammu and Kashmir by staging rallies and organizing seminars and conferences.