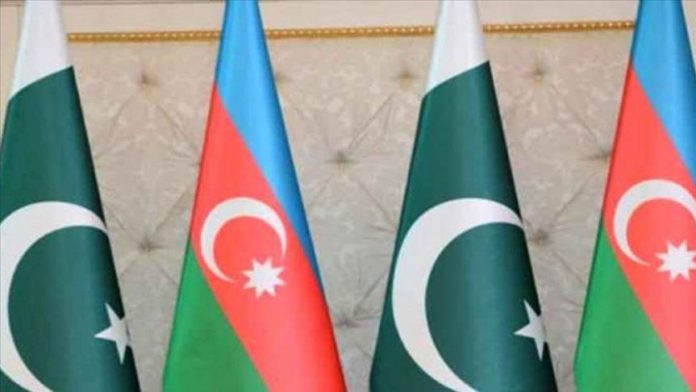 Azerbaijan’s Ambassador to Pakistan Ali Alizada met with Chairman Joint Chiefs of Staff Committee Gen. Nadeem Raza at the Joint Staff headquarters in the garrison city of Rawalpindi to discuss matters of bilateral interest and regional security, according to a statement by the Inter-Services Public Relations (ISPR) — the Pakistan army’s media wing.

The military forces chief reaffirmed the brotherly relationship between the two countries and said it is built on strong foundations.

The ambassador thanked Raza for Pakistan’s support for the just cause of Azerbaijan.

“Pleased to call on General Nadeem Raza, the Chairman JCSC of Pakistan & discuss the ways of further strengthening bilateral #military relations between our brotherly countries,” he tweeted following the meeting.

Last week, Pakistani Foreign Ministry refuted Indian media reports that Pakistan is fighting alongside Azerbaijani forces against Armenia in the occupied Nagorno-Karabakh and termed the reports “irresponsible, speculative, and baseless.”

The ministry also said it supports Azerbaijan’s position on Nagorno-Karabakh, which is in line with the several unanimously adopted UN Security Council resolutions.

New clashes erupted on Sept. 27, and since then Armenia has continued attacks on civilians and Azerbaijani forces, leading to casualties.

The OSCE Minsk Group — co-chaired by France, Russia, and the US — was formed in 1992 to find a peaceful solution to the conflict, but to no avail. A cease-fire, however, was reached in 1994.