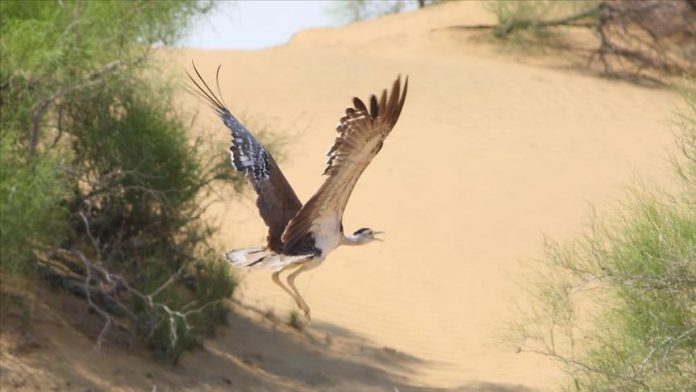 Even as houbara bustard has been declared globally a protective species of birds, thousands of them have fallen to the hunting expeditions of Arab royals and their wealthy friends in Pakistan over the past few months, claimed official sources.

Hunting the shy, rare bird breed, the size of a chicken is a favorite sport of visiting Arab Sheikhs because its meat is considered an aphrodisiac.

Official sources here said that since the commencement of hunting season in November, the central government has so issued 50 licenses through the Foreign Ministry to Arab royals form Saudi Arabia, United Arab

US says improving its democracy a foreign policy must