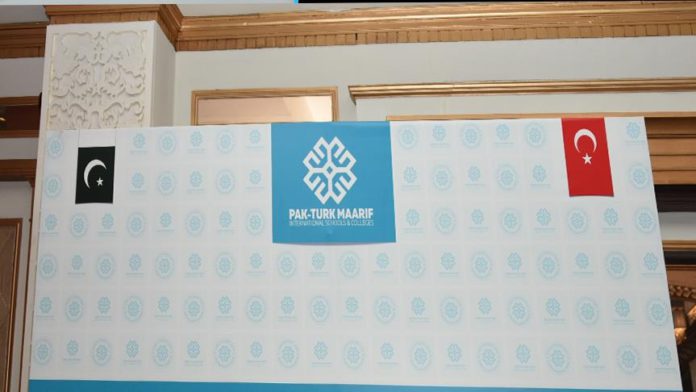 Pakistan’s government on Tuesday approved the signing of an agreement between its Education Ministry and Turkey’s Maarif Foundation for promotion of literacy in the South Asian country.

The approval was given at a Cabinet meeting chaired by Prime Minister Imran Khan in the capital Islamabad, according to a statement from the premier’s office.

The agreement is expected to be formalized during Turkish Foreign Minister Mevlut Cavusoglu’s two-day visit that starts on Wednesday.

It will be signed by Cavusoglu and either his counterpart Shah Mehmood Qureshi or Pakistan’s Education Minister Shafqat Mahmood, according to Harun Kucukaladagli, Maarif Foundation’s country director for Pakistan.

After the agreement, the foundation, which currently has the status of an international non-governmental organization, will be treated as a Turkish government institution in Pakistan, Harun told Anadolu Agency.

“This is actually an inter-governmental agreement between Pakistan and Turkey,” he explained.

“After it is signed, Maarif Foundation will be able to expand its operations in Pakistan in terms of opening and running new campuses, cultural and educational centers, language centers, student exchange programs, and scholarships.”

The foundation’s activities and operations will fall under the ambit of the two governments after the agreement, he added.

The Maarif Foundation currently has 27 schools and colleges across Pakistan that provide quality education to some 12,000 students in 10 cities, including Islamabad, Karachi, and Lahore.

The number of teaching and non-teaching staff affiliated with these academic institutions is over 1,700.

Turkey established the Maarif Foundation in 2016 to take over the administration of overseas schools previously linked to the Fetullah Terrorist Organization (FETO).

The foundation assumed control of schools in Pakistan in January 2019.

FETO and its U.S.-based leader Fetullah Gulen orchestrated the defeated coup of July 15, 2016 in Turkey, in which 251 people were martyred and nearly 2,200 injured.

FETO has a considerable presence abroad, including private schools that serve as a revenue stream for the terror group.