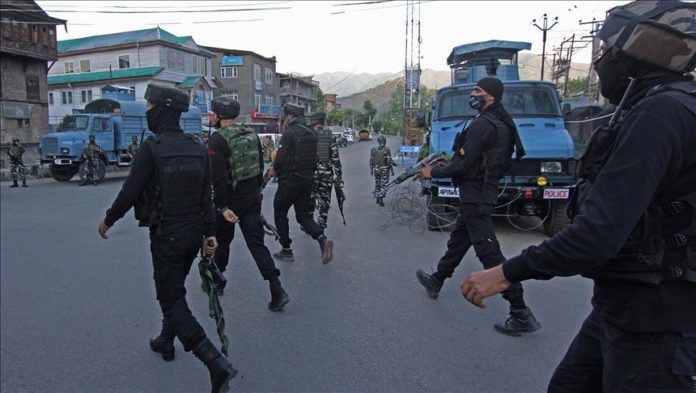 While Pakistanis and Kashmiris observed the Kashmir Solidarity Day on Saturday in support of the “pro-freedom movement” in the Indian-administered Kashmir, Islamabad called on the UN to ensure the implementation of its long-pending resolutions on the disputed valley.

In a letter addressed to the UN Security Council (UNSC) president and the UN secretary-general, Foreign Minister Shah Mahmood Qureshi highlighted the “deteriorating human rights and humanitarian situation” in the Indian-administered Kashmir, which he described as a “continuing threat to peace and security” in South Asia.

“In his letter, the Foreign Minister has underscored that all illegal and unilateral measures imposed by India in IIOJK (Indian Illegally Occupied Jammu and Kashmir) since Aug. 5, 2019, including attempts to change the demographic structure of the occupied territory, constitute flagrant violations of international law including the UN Charter and the relevant Security Council resolutions as well as the 4th Geneva Convention,” a statement by the Foreign Ministry said.

“The foreign minister,” the statement added, “has drawn particular attention to the targeting of the independent journalist community. The letter notes that India’s refusal to allow unfettered access to the Office of the UN High Commissioner for Human Rights (OHCHR) for conducting an independent investigation is a typical response by repressive occupying regimes to avoid scrutiny of their excesses.”

Reaffirming Pakistan’s desire for peaceful relations with all its neighbors, including India, Qureshi observed that a “just” settlement of the Jammu and Kashmir dispute is essential for durable peace and stability in South Asia.

The onus, he contended, is on India to create a conducive environment for “meaningful and result-oriented” engagement.

Rallies were held and human chains were formed across Pakistan and its controlled part of Kashmir on Tuesday to express solidarity with Kashmiris.

As a national holiday, the day began with special prayers in the mosques for the liberation of Kashmir. A minute’s silence was observed throughout the country at 10 a.m. local time (0300GMT).

Human chains were formed on roads connecting the capital Islamabad to the Pakistan-administered Kashmir.

In Islamabad, the key ceremony following a rally was held near the parliament house, which was also attended by President Arif Alvi, apart from the government and opposition parliamentarians.

Pakistan and its controlled part of the disputed valley officially have been observing the day on Feb. 5 every year since 1991 to express solidarity with the people of Jammu and Kashmir.

US hits China over reports of Uighur 'family planning'